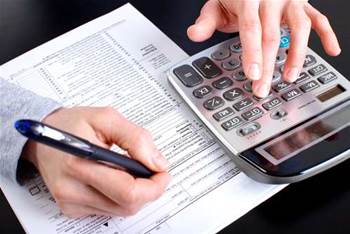 Round two of systems issues.

The Australian Tax Office's online MyTax lodgment service is struggling to service the thousands of users attempting to file their returns for the financial year, in what might seem like déjà vu for those who experienced the same problems last year.

Since the new financial year ticked over on Wednesday, Australia's citizens have been turning up in droves to MyTax to lodge their fiscal year's tax return.

But slow load times resulting from the weight of traffic has left some users unable to lodge their tax returns through MyTax or government single sign-on portal MyGov.

On Wednesday the tax office said it had implemented a system fix, but was still working on unspecified ongoing issues.

When questioned on why the system was unable to handle the surge, a spokesperson said the tax office had undertaken capacity planning and readiness testing in the lead up to 2015 tax time.

"Additional network capacity was configured as a result of these activities," the spokesperson said.

"Our systems are improving all the time and users can expect a better lodgment experience."

It did not provide further detail on the systems issues.

The spokesperson said the ATO was "working around the clock" to get the system back up and running at full capacity.

"We encourage those who have been unable to access our systems to try again today."

MyTax will next year become the only method for Australians to lodge their own tax returns when the ATO kills off its veteran e-Tax service.

The tax office last year partnered with Human Services to require anyone wanting to use MyTax to create an account with the Government's single sign-on portal for access to government services, myGov.

That partnership last year was the cause of many Australians being unable to lodge their tax returns online from July 1, as the system failed to cope with the influx of those coming to the site.

Last year, an "error 5077" prevented users from lodging their tax returns and accessing their accounts. The problems were attributed to issues with the authentication process, making it difficult for users to verify their identity.

The ATO told iTnews around 25,000 people had lodged their tax returns through MyTax since July 1 - a 1.2 percent improvement on overall electronic lodgments from last year.