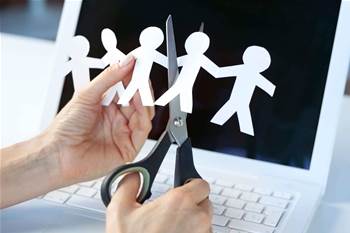 The Australian Tax Office has taken the razor to its panel of IT contractor partners, slimming the list from 37 members at last count to just five main providers for the next three years.

The tax office has spent the past year figuring out how to get better value for money and reduce administration for its IT contractor panel arrangement, which has been in place for the past ten years.

The agency spends between $36 million and $40 million annually on the panel, which at its height counted 48 members. The last panel refresh in 2011 saw 37 partners appointed until July this year.

Late last year the tax office took its new approach - inlcuding a revised fee structure, two-tiered offering and performance targets - to the market for applications. All previous suppliers were required to re-pitch for a spot on the panel.

The agency last week published its refreshed list of main suppliers, which has been dramatically slimmed down to just five members.

Clarius Group, Paxus Australia, Peoplebank, Talent International and Clicks IT Recruitment round out the list of IT contractor partners the ATO will lean on for the next three years.

The companies have the potential to gain two possible one year extensions.

All were signed up to previous IT contractor panel, which in the past had included such powerhouses as Data#3, UXC, Chandler Macleod, Fujitsu and Deloitte.

The ATO is also expected to publish a list of smaller providers it can call on for niche requirements in the coming weeks. Spots on that panel will only be on offer for one year, with four possible one year extensions.

The panels will commence from July 17 when the current agreement expires.

“At one stage the panel was operating with 48 members, and that was getting difficult for us to manage - and it was hard for industry to operate with any confidence that they would get work and opportunities from the ATO," he said at the time.

Among the changes are new requirements for suppliers to meet determined KPIs, a move the ATO hopes will ensure it gets the best performance from its partners.

Suppliers are all now on a fixed harmonised management fee - removing a structure which was based on a fixed percentage of an hourly fee for the length of the contract.