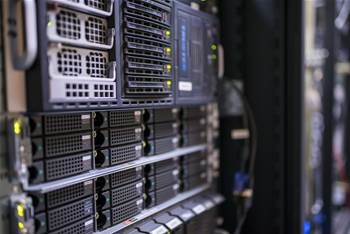 The Australian Taxation Office will need to replace its mainframe environment in time for the start of tax time in July 2024, with the existing IBM z14 system nearing the end of its economic life.

The national revenue agency detailed its need for a new mainframe in request for tender on Wednesday, one of several it has put out in recent weeks as part of its IT strategic sourcing program.

The tenders will replace long-held contracts across centralised computing, end user technology and enterprise service management, resulting in the biggest shakeup of its IT outsourcing in a decade.

Centralised computing – the largest of the existing deals, which covers the mainframe – has been held by DXC Technology since December 2010 under a $2.1 billion contract.

But with the contract due to expire in June 2023, the ATO is now looking for a services provider to replace the mainframe environment at a time when “capacity requirements continue to grow”.

According to tender documents, “capacity requirements and support costs have grown to a point that the ATO’s z14 mainframe is reaching the end of its economic life”.

“The ATO’s current IBM z14 mainframe is reaching the end of its economic life and requires replacement prior to tax time 2024,” the ATO said.

“The ATO seeks a new mainframe to meet it operational requirements and to implement new cost-effective arrangements to support this requirement.”

The ATO is considering two options, including a “consumption-based service where ... providers own and manage the mainframe hardware and platform services in a ‘cloud-like’ delivery model”.

The “mainframe-as-a-service” contract model is preferred, allowing the ATO to “cater for fluctuating demand without the need for capital investment”.

It said the service must be able to “meet fluctuating capacity requirements that increase significantly during tax time”, but may decline over time as applications migrate off the mainframe.

The other option on the table is closer to the current experience, where the ATO “owns or leases the mainframe hardware and contracts services from a specialist service provider”.

Under this model, the ATO is asking for the latest z system hardware from IBM under lease, for up to five years.

For both options, the ATO has a preference for the service provider to purchase the existing mainframe hardware under a trade-in agreement.

Both models also have “separatable portions that will be evaluated, and may be contracted for, separately”.

“The ATO may award one, many or all separable portions to a single tenderer within, or across, options, noting the MFaaS service provider cannot be awarded the separable portions for control services and augmentation Services,” the ATO said.

The ATO will take tender bids until the end of June 2022, with a contract expected to begin in March 2023. An industry briefing is planned for April 27.

The mainframe bundle is one of four – along with enterprise service management (ESM), enterprise operations and technical enablement, and cyber augmentation services – tendered for since mid-March.

The ESM provider will coordinate ITSM with other IT infrastructure providers to “deliver a single, clear and concise interface to all ATO authorised users in support of their IT operational needs”.

Other bundles to be released before the end of the year include midrange and data centre, hyperconverged infrastructure and IT service desk.