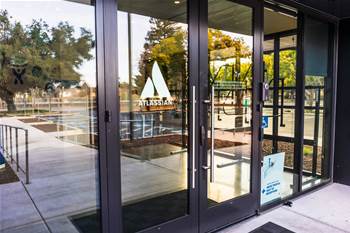 As an alternative to reforming existing tax scheme.

Atlassian says Australia’s software industry could benefit from having a dedicated R&D incentive scheme, instead of needing to seek funds from an existing - but broader and more complex to navigate - program.

The company’s director of global public policy David Masters wrote in a submission [pdf] to a federal financial technology inquiry that the alternative would be to make it simpler and clearer to claim tax incentives under the existing government-run research & development tax incentive (RDTI).

The inquiry has already made an interim recommendation [pdf] that the government “provide further clarity around eligibility for the [RDTI] to ensure genuine software creation by Australian startups is reliably supported”.

That came after the inquiry heard from many software developers - particularly fintechs and other startups - that the RDTI application process was “long, difficult and resource intensive”, and that claimants could still face clawback actions years after receiving benefits.

The inquiry is continuing, and Masters wrote in a new submission that Atlassian “strongly endorsed” interim recommendations to clarify the existing scheme and put a time limit on potential clawback of funds.

However, Masters also suggested that an entirely new R&D incentive targeted only at software development could be an attractive option.

“The government should clarify the eligibility of software R&D under the existing RDTI scheme, or even create a separate scheme to incentivise such investments,” Masters wrote.

“Both approaches can and should seek to simplify administration of the scheme, by limiting the application of software-related R&D claims to organisations that are developing software as part of externally-facing product development, or for whom software is their primary product.

“The scheme should be accompanied by clear guidance for all companies accessing the incentive to provide greater assurances as to their eligible activities and eligible expenditure, for example by sharing clear and comprehensive examples or 'genericised' determinations of activities and expenditure that are clearly eligible, or were deemed not to be eligible, for the scheme.”

Masters said change was necessary because the RDTI in its current form  “has not, at its core, kept pace with the nature of software development, or the context and frameworks within which it occurs.”

He noted the problem “is not unique to Australia, given that many similar R&D incentives globally derive from the same origins in scientific research and development activities.”

“What it means, however, is increased uncertainty for businesses that may wish to claim under the RDTI, as a result of a combination of issues relating to both the activities that qualify for the RDTI as well as the types of costs and expenditure that can be claimed under it,” Masters wrote.

“We think that the complexity of these issues and their broader relevance provides the Australian government with a clear opportunity to take the lead in seeking to resolve them.”

Atlassian also used its submission to call on the government to adopt more long-term thinking around the assistance it offered “early stage innovation companies”.

Additionally, Atlassian was keen to see extra effort put into digital skills and training opportunities in Australia, while also enabling companies to source individuals with “job-multiplying skill sets” from overseas in the short-term.

For Atlassian, the company was particularly interested in “individuals with experience of leading and developing large teams in global technology firms.”