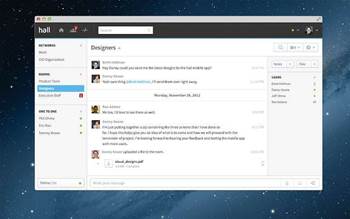 Will migrate users, shut down service.

Australian software company Atlassian has bought out a rival to its HipChat real-time messaging service to extend its reach with non-technical users.

The company today said it had acquired business group chat service Hall for an undisclosed amount.

It plans to shut down Hall by the end of next month and migrate all its users - which include the likes of Amazom, JC Penny and NetApp in the US - over to HipChat.

Atlassian is hoping to tap into Hall's appeal to businesses in the finance, creative, professional services, real estate, and media sectors, among others.

Atlassian's tools have traditionally been targeted towards software developers. HipChat was initially popular within technical teams, but has grown by more than 50 percent with non-technical users in the last six months, the company said.