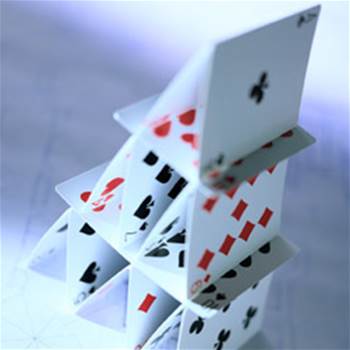 AMD, which acquired ATI in October last year, demonstrated several of the cards at a press conference in San Francisco.

The Radeon HD 2000s will feature the new Unified Shader Architecture rendering system which has been adapted from the system used by Microsoft's Xbox 360.

The system allows for the geometrical and textural parts of 3D models to be rendered together by the processing units, improving the performance and efficiency of the card.

Many of the new features have been optimised for Windows Vista, which AMD said will become very important as Microsoft's DirectX 10 software is adopted by developers.

"You cannot get DirectX 10 without Windows Vista," explained Rick Bergman, corporate vice president of PC graphics at AMD. "So Vista is going to be very important for the PC gaming market in 2007."

Bergman explained that the rise of Blu-ray and HD video was also influential in the design of the cards, particularly in the notebook systems.

A new Universal Video Decoder (UVD) chip has been developed for the cards in order to reduce power consumption and battery drain while watching HD video.

AMD claims that the UVD can lower the amount of CPU activity required to decode a Blu-ray video by as much as 70 per cent, and that users could expect to see a major increase in battery life while watching HD video.

"With ATI's Radeon HD 2000 series you can watch an HD or Blu-ray disc for the full two hours. If you don't have one, you can expect to see only about one hour and 20 minutes."
Got a news tip for our journalists? Share it with us anonymously here.
Copyright ©v3.co.uk
Tags:
2000aticardsgraphicshardwarehdradeonships