ASX to farewell Itanium as it stops playing CHESS 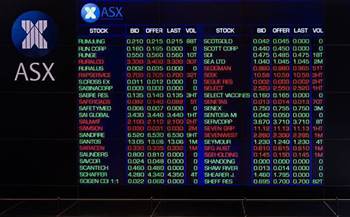 When the Australian Securities Exchange flicks the switch on its distributed-ledger-powered replacement for its Clearing House Electronic Subregister System (CHESS) application, it will also be bidding farewell to an architectural and historical oddity.

That oddity is Itanium, a CPU architecture devised by HP in the early 1990s and developed in concert with Intel.

The project was green-lit at a time when 64-bit CPUs were still exotic and Intel CPUs were yet to become widely adopted in servers.

The likes of Sun’s SPARC and IBM’s POWER silicon were seen as natural choices for enterprise computing, with Digital Equipment Corporation’s 64-bit Alpha architecture an up-and-comer.

HP and Intel wanted to be players, so got to work on Itanium … but missed deadlines before delivering a product in 2001 under the name “Merced”. By then Intel’s own product had improved and others had accelerated. Itanium, meanwhile, didn’t deliver on promises of speed and fast x86 emulation.

Few server-makers bothered to support it, keeping hardware costs high. Big software vendors dropped off, too, and the platform became hard to put on a serious shopping list. Upgrades continued, but at nowhere near the pace of Intel’s Xeon line or AMD’s various challengers, both of which are now utterly mainstream in the data centre.

Which is one reason the ASX needs to replace CHESS, because at VMworld 2019 in August the market operator's chief information officer Dan Chesterman told iTnews that the CHESS application runs on Itanium.

Chesterman said the ASX is looking forward to running on modern silicon, but did have a brief kind word for his current CPUs.

“There’s not many zero-day vulnerabilities on Itanium,” he quipped. “That’s one good thing.”

CHESS is also built on COBOL which unlike Itanium may never die, although Chesterman will be glad to see the back of it in the Exchange’s new distributed ledger apps.