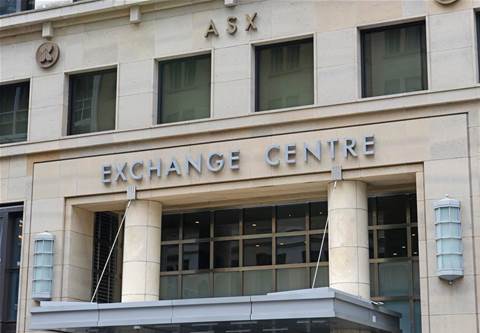 The Australian Securities Exchange (ASX) has continued its all-out push to achieve regional digital superiority as a multi-pronged trading technology platform, revealing a major foray into analytics, machine learning alongside its migration to blockchain for settlements.

The Australian market operator on Thursday added substantial icing to its cake alongside its push into distributed ledger technology that has become widely regarded as a global leader in real-world application of the technology.

While the rollout of the new DLT settlements platform, where the ASX has partnered with Digital Asset Holdings, was earlier pushed-out by around six months to March/April 2021, analysts were ravenous for detail on the opportunities down the track once the replacement for the CHESS settlements system is up and running.

At a financial and operational performance level, the ASX is humming, thumping a 6.8 percent net profit increase to $256 million for the half year ended December 31 2018 onto the table. That was helped by a push on capital raised on the market buoyed by the separation of Coles.

The strong performance came even though operating expenses went up 9.4 percent, largely on the back of well-flagged technology upgrades that stayed neatly within guidance.

In an adroit feat of expectation management (and arguably the polar opposite of most giddy blockchain hype) ASX deputy chief executive Peter Hiom said the conversations that were occurring with customers about DLT were about “the applications that get written on that infrastructure.”

“We are progressing with the build of the system with our partner Digital Asset. At the end of the half we released the first tranche of technical documentation that details the first software to be deployed into the customer development environment, which will be made available in the second half,” Hiom said.

“This will enable customers to begin their preparation activities to integrate their systems to the new platform.

"Of course consultation with customers and stakeholders will be intensive and ongoing. This includes participants, issuers, registry firms and software vendors, and will continue throughout the lifecycle of the project.”

But aside from the blockchain build, it was the ASX’s equivalent of becoming a data and PaaS business – using its existing systems – that stood out.

The ASX books most of its IT-enabled tech value adding under the banner of “Trading Services” that delivered a stonking performance that has catapulted its infrastructure from a cost centre to a profit maker over the past decade.

Revenue in that segment, which incorporates cash equities trading, information services and technical services hit $113.5 million, up 8.6 per cent.

“In information services, we have continued to develop and refine our product offering. Over the last few years this has included the introduction of non-display, advisor and futures participant data products, as well as the highly successful development of the BBSW benchmark – which is world-leading in its methodology (using tradeable rather than indicative prices),” Hiom said.

Also in the mix was the ASX’s data business and analytics offering that are generating revenue.

The said ASX it was pleased with its technical services business, adding there has also been progress building the bourse’s ecosystem. Infrastructure and analytics are at the core of that push.

“This has been supported by the acquisition of new traders as well as continuing demand for ALC [Australian Liquidity Centre] data centre services,” Hiom said.

If that sounds like the ASX just became a platform and data centre operator, it’s because it has.

The ASX’s completion of its secondary data centre is slated for the end of calendar 2019.