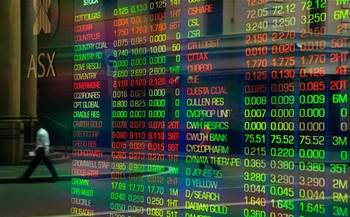 Expects payoff in 2023 once markets grok the tech.

The Australian Securities Exchange’s (ASX’s) distributed-ledger-based replacement for its core CHESS system is on track to go live in 2021, and already offering application development environment for market participants to test.

In a speech to the Gartner Application Architecture, Development & Integration Summit in Sydney yesterday, ASX general manager for engineering and architecture David Campbell said the organisation is “about 30 or 40 percent through our functional build”. He added that customers are engaging with the platform as it emerges and that customer development environments have gone live.

In his 40-minute presentation, Campbell made at least three references to the new application going live in the year 2021, a timeframe that could represent a slip or delivery on previous ASX statements that suggested a go-live of “March-April 2021”.

Campbell said the ASX has come to realise that implementing a distributed ledger, especially as the first securities exchange to do so at scale, is “a marathon, not a sprint”. That statement is borne out by the fact he said the ASX started pondering the project in 2015 and spent two years evaluating and consulting.

The presentation also featured discussion of how the ASX expects the new platform to pay off. Campbell said he feels that in the year 2023, customers will come to appreciate the opportunities created by scalability and interoperability the new platform affords.

And once market participants understands the possibilities, he said the project could become “one of those things where the outcome may be more profound than we imagined when we were setting out.”

And also more profound than the blockchain craze: Campbell was at pains to use the term "distributed ledger technology" and not to call the ASX's effort a blockchain. He distinguished the ASX's efforts on on grounds of data access only being available among trusted parties in the ASX's ecosystem, and on the Exchange's role as a central facilitator and source of f trustworthiness.