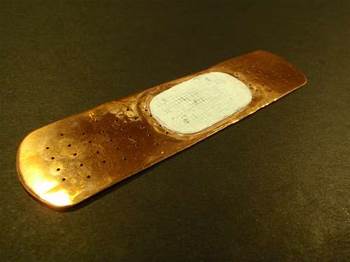 One crafted ~100kb HTTP request can consume 100 percent of a CPU core.

Microsoft published an advisory to provide a workaround to help protect ASP.NET customers from a publicly disclosed vulnerability that affects various web platforms.

Suha Can and Jonathan Ness from the Microsoft security research and defence team said the vulnerability could allow an attacker to efficiently consume all CPU resources on a web server, or even on a cluster of web servers.

“For ASP.NET in particular, a single specially crafted ~100kb HTTP request can consume 100 per cent of one CPU core for between 90 and 110 seconds," they wrote.

"An attacker could potentially repeatedly issue such requests, causing performance to degrade significantly enough to cause a denial-of-service condition for even multi-core servers or clusters of servers."

Announced ahead of the New Year, Dave Forstrom, director of Microsoft Trustworthy Computing, said it was not aware of any attacks using this vulnerability which affected all supported versions of the .NET Framework.

Microsoft recommended customers use the mitigation and workaround described in the advisory to help protect sites against the hash table exploit. The denial-of-service vulnerability affected several vendors' web application platforms, including Microsoft's ASP.NET.

“Our teams are working around the clock worldwide to develop a security update of appropriate quality to address this issue," Forstrom said.

The advisory said it anticipates the imminent public release of exploit code. Wolfgang Kandek, CTO of Qualys, praised Microsoft's speed in responding to the research by the Chaos Communication Congress.

“The bulletin fixes the denial-of-service attack vector by providing a limit to the number of variables that can be submitted for a single HTTP POST request," Kandek said.

"The default limit is 1000, which should be enough for normal web applications, but still low enough to neutralise the attack as described by the security researchers in Germany. This addresses the most obvious attack method immediately and leaves the reimplementation of the hash function for a future update.

Got a news tip for our journalists? Share it with us anonymously here.
Copyright © SC Magazine, US edition
Tags:
aspnetbugsmicrosoftpatchingsecurityvulnerabilities