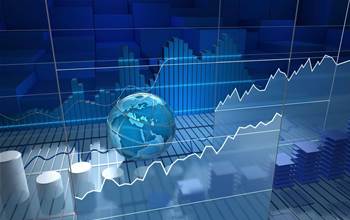 ASIC has been responsible for supervising real-time trading on Australia’s domestic licensed markets, including the ASX and Chi-X, since August 2010.

The regulator has expressed concern over the growing prevalence of high-frequency trading in recent months, moving to introduce safety controls such as a “kill switch” to disable rogue algorithms by 2014.

The project recieved a total of $43.7 million in Federal Budget funding in the four years to 2015-16. ASIC approached the market for the new system - specifically seeking increased data mining and analysis capabilities - in January.

ASIC expects the new system to be better suited to today’s market conditions, with a spokesman explaining that the SMARTS system had been originally designed for a single market environment.

“It will be a significant system upgrade, which will allow for greater capacity and capability. It will also help us cope with the increase in HFT and algorithmic trading,” the spokesman said.

“The enhanced market surveillance system will have superior capabilities to search data records and identify suspicious trading by connecting patterns and relationships.

“This will improve our detection of insider trading relationships, which is consistent with ASIC’s strategic priority of maintaining fair and efficient financial markets.”

First Derivatives’ APAC director Rob Hodgkinson said the system would be operated by ASIC and supported by First Derivatives, with data “held in data centres around Australia”.

“This system provides sophisticated surveillance capability around normal trading itself, whilst also being capable to report on high frequency trading activity,” Hodgekinson said.

“This will give ASIC a great deal of flexibility and then it is up to ASIC how they configure and use such a system.”

High-frequency trading is expected to account for 15 to 25 percent of Australian equity market turnover, up from three to four percent in February 2010.