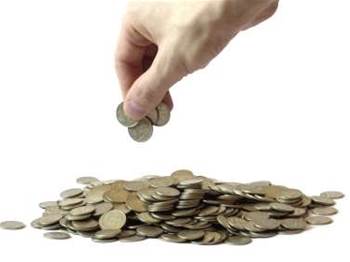 Banks to pay for increase in finance watchdog's powers.

Australia's corporate regulator ASIC will receive $127 million, paid for by the nation's banks, as part of a "reform package" largely aimed at improving its data analytics and market surveillance capabilities.

The measure restores $120 million over four years that was pulled from the organisation's budget in 2014 by the current government.

Announcing the move today, Treasurer Scott Morrison said the money would allow ASIC to be "a stronger cop on the beat".

"The broad reform measures will equip ASIC with stronger powers and funding to enhance surveillance capabilities, better enabling our corporate watchdog to combat misconduct in Australia’s financial services industry and bolster consumer confidence in the sector," he said in a statement.

Around $61 million will be allocated towards "enhanced data analytics and surveillance capabilities", as well as modernising ASIC's data management sytstems, while $57 million will go to "increased surveillance and investigation" abilities, Morrison said.

"This will ensure that ASIC will have best practice analytical techniques to detect financial sector misconduct and equip ASIC with improved management information systems," the government said today.

The funding will be provided by all industry sectors regulated by ASIC from the second half of 2017, the government said, in line with a recommendation of the financial systems inquiry.

The federal government has also extended the tenure of ASIC chairman Gred Medcraft for another 18 months, and will appoint an ASIC commissioner specifically focused on the financial services industry following several recent high-profile financial planning and insurance scandals at the country's biggest banks.

Its main technology focus at the moment is the 'OneASIC FAST2' infrastructure overhaul.

The project is intended to deliver a single repository of regulatory information for the organisation; portals for banks and regulated bodies to better interact with ASIC; and an "integrated platform" on top of which it can build applications and programs as needed.

The regulator says the effort will allow it to identify risks earlier, and give stakeholders simpler ways to interact with ASIC, which will foster better compliance.

"Both MAI and EIA enable the analysis of large volumes of data captured from multiple sources. As well as building evidence for matters and creating event chronologies, EIA will enable surveillance and enforcement teams to identify connections across matters," ASIC said today.

"This will allow ASIC to intervene earlier in matters, with the objective of preventing more serious, widespread misconduct."

ASIC had been handed $43.7 million to replace its Nasdaq market surveillance system for monitoring high-frequency trading with a First Derivatives platform - which gave it better data mining and analysis capabilities - in 2012. The money runs out this year.

The platform went live in November 2013.