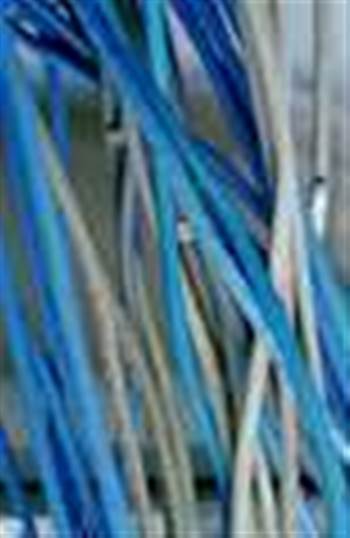 Telecoms service providers in parts of Asia-Pacific are seeking new ways to boost revenue as subscriber growth tails off.

"Growth is slowing in the more mature markets of Australia and Singapore, while Korea and to a lesser extent Taiwan are approaching saturation," said Nathan Burley, an analyst with telecoms consultancy Ovum.

Asia is home to some 40 percent of the world's broadband Internet users, according to data from researchers at Australian consultancy Paul Budde Communication.

Revenues earned from each broadband user for the region's incumbent telcos declined by an average of eight percent from 2005 to 2006, Ovum found.

Asia's traditional Internet providers have been slow to expand the average income generated per subscriber by offering attractive value-added services.

"Operators are changing their broadband strategies to counter this saturation," explained Burley.

"They are attempting to up-sell users to higher value plans, introducing more value-added services such as IPTV, video-on-demand and innovative pricing plans. "

However, basic access charges, rather than services, still account for most broadband revenue growth in the region, according to Ovum's research.

The incumbent telcos face declining revenues from the former cash cow of fixed-line calls as fixed and mobile competitors bite into this market, a phenomenon known as fixed-to-mobile substitution.

"Fixed-to-mobile substitution is continuing to advance and there is very little new copper being installed," Ovum reported.

This lack of spending on traditional fixed-line infrastructure will have a significant impact on broadband access methods in the region, Burley predicts.

"Future broadband connections are likely to be wireless," he said. "Coupled with high mobile penetration, it is increasingly unlikely that a PC with a fixed Internet connection will be the way that the internet goes mass market."

As phone subscribers reduce the number of fixed-line calls they make, or even jump ship entirely, incumbent telcos are struggling to make up the shortfall with broadband service charges.

Ovum found that regional telcos' average revenue for fixed-line services, including the traditional phone network and broadband connections, fell 1.1 percent from 2005 to 2006.

While some of the region's less mature economies and developing markets are still expanding, and continue to have strong potential for broadband service providers, there remain numerous barriers which may hobble growth.

Got a news tip for our journalists? Share it with us anonymously here.
Copyright ©v3.co.uk
Tags:
asiapacificbroadbandchallengefacetelco/isptelcos