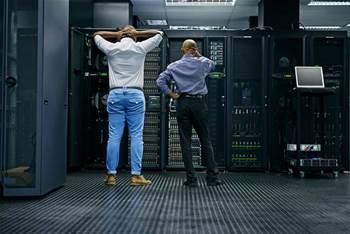 As other forms of criminal enterprise dry up.

The Australian Signals Directorate has put its offensive capability boot into a substantial escalation of cyber scams proliferating off the back of the COVID-19 pandemic, laying into a number of crime groups seeking to benefit from a global shift to working from home.

Announced by Defence Minister Linda Reynolds on Tuesday, ASD’s usually highly classified offensive operations come as cybercrime gangs globally experience a surge of interest as other forms of criminal enterprise dry up on the back of lockdowns.

While the ASD is adhering to its tightly worded script, the scenario unfolding is not hard to surmise.

Literally trillions of dollars is being pumped into rescue and stimulus packages by governments with far more relaxed checks on eligibility and distribution.

At the same time, billions of people are trying to sign-up for welfare for the first time, making them easy targets for fake pages.

And the whole world is using Zoom.

“Our offensive cyber campaign has only just begun and we will continue to strike back at these cyber criminals operating offshore as they attempt to steal money and data from Australians,” Australian Signals Directorate's director general Rachel Noble said.

“We are hitting back through the Australian Signals Directorate (ASD), who have already successfully disrupted activities from foreign criminals by disabling their infrastructure and blocking their access to stolen information,” Reynolds said.

“Some of these cybercriminals have even posed as health officials in an attempt to exploit vulnerable Australians, by infecting their computers with malware and stealing their private information.”

The fact that ASD is publicly broadcasting that it has been hitting boxes to shut them down is somewhat ominous. It suggests a sufficiency of operational urgency for what is essentially direct military intervention to shut down threats before they escalate.

A real possibility is that the usual methods of persuasion are currently either unavailable or ineffective, potentially both.

Noble said telecommunications carriers and platforms had been roped into the operations, with the Australian Cyber Security Centre (ACSC) working with Google and Microsoft to have nasty websites painted-up as malicious, with warnings fired off to visitors that the sites are malicious.

“Close cooperation with telecommunications and IT companies is vital in providing increased protective barriers for Australians from these heartless cyber criminals,” Noble said.