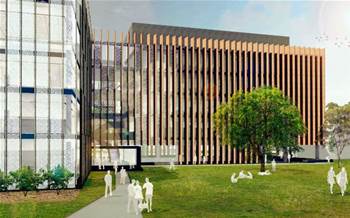 The innovation centre will be located in a new $45 million, five-story building on the ANU’s main campus in Canberra, expected to be completed in 2018. The building will also bring together the university’s Research School of Computer Science and Mathematical Sciences Institute.

Designed to house 70 people, the cybersecurity hub will be an incubator-style open-plan space that will occupy the entire top floor of the five-story building.

The university hopes the centre will help boost Australia’s cyber security and STEM workforce, forecasting hundreds of students will work on projects in the space each year.

ANU vice-chancellor Brian Schmidt said the investment would strengthen collaboration between ASD and ANU students and researchers in the crucial areas of data analytics and cyber security.

ANU’s new maths and computer science building was originally to be four stories tall. It had been funded as part of the university’s 2014 capital works round, along with a separate new building for the university’s social sciences faculty.

The subsequent partnership with the ASD, negotiated earlier this year, has led to an overhaul of the building’s design, with an extra fifth floor added to accommodate the cyber security centre.

A spokesperson for ANU told iTnews the university is yet to determine the specifics of technology to be implemented as part of the centre.

The federal government’s national cyber security policy similarly acknowledged a cyber security skills "crisis" and pledged to establish "academic centres of excellence" in universities to help increase the quality and amount of skilled IT security professionals.