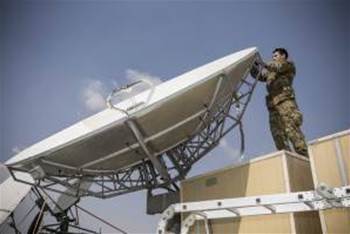 The chief of cyber operations and digital security watchdog the Australian Signals Directorate has signaled changes to recruitment and job roles on its first day as a fully-fledged statutory agency.

In a new introductory note on ASD’s heavily revamped website, director general Mike Burgess has gone public on problems recruiting highly trusted cyber talent when banks, telcos and other sectors are fishing in the same pond.

“Recruiting and retaining staff has become increasingly difficult primarily due to the private sector competing for the talent ASD needs,” Burgess said.

“ASD will therefore use its transition to a statutory agency to design new career pathways and employment opportunities that better reflect the kind of work that ASD does, so that it can better recruit, retain, train and develop its specialist staff.”

One potential option now more open to ASD than previously is restructuring how roles within the agency are designed outside the traditional defence and public service mould so they become more appealing to cyber talent, especially younger recruits.

A known challenge both ASD and Defence have faced is a perception of limited mobility at less senior levels where people are often lured across to private sector jobs after substantial investment in training and security clearances.

Burgess said that with “the most significant change to the organisation, and its antecedents, since the Defence Signals Bureau was established 71 years ago” there is also an opportunity to muscle-up and play to strengths on the capability and delivery fronts.

“By harnessing a uniquely skilled workforce, empowered by partner agencies and innovative technology, ASD is best placed to master technology and its application,” Burgess said.

One avenue for nurturing emerging talent already being used by ASD is its sponsorship of university scholarships for ICT related degrees at UNSW Canberra to bolster graduate supply.

It is understood there is also growing support for similar ICT related scholarships in other tech heavy government agencies to build capacity and reduce exposure to labor market cycles.

While an informal system of talent cultivation for intelligence agency candidates already exists within universities for analysts, the strong demand from the private sector for both cyber and IT talent still often puts government at a relative disadvantage when it comes to remuneration.

Burgess emphasised the need to capitalise on the momentum created by ASD’s expansion.

“With such an historic change occurring, ASD has a new opportunity to articulate our purpose and set a baseline for how we will measure success against that purpose,” Burgess said.