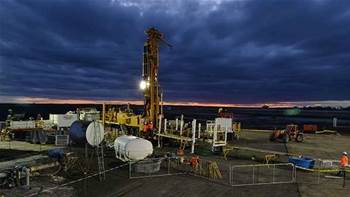 Coal seam gas firm Arrow Energy is seeking a new CIO after the resignation of Ross Lennox, who has left the company for a new position in Sydney.

An “attractive renumeration” is on offer for an executive that has strong experience both in managing all the usual facets of end user computing and data centre IT - strategy, architecture, sourcing, budgeting, project management etc - plus “experience in the oil and gas or resources sector".

Former CIO Ross Lennox joined the company in February 2012 after Arrow engaged in an executive search for a CIO with experience in the resources sector. Lennox ticked all of those boxes - having previously worked as CIO or Head of IT for Oil Search, Macarthur Coal and Aurion Gold.

The company is a large user of SAP business software, and outsourced much of its IT infrastructure in 2012 as part of deals with NextDC and HP.

On the operations front, Arrow has invested in automation technology to operate much of its gas extraction in remote fields from a facility in the Brisbane CBD.

Owned by global petroleum giants Shell and PetroChina, Arrow operates from Brisbane and extracts natural gas from five plants in central and northern Queensland. It also runs a domestic power supply business (power plants) using some of the gas it extracts.

Earlier this month, the company was granted permission to extract gas from 4000 wells in the Bowen Basin - an area southwest of Mackay predominantly used for farming.

Arrow’s expansion has otherwise been stifled by indecision on the part of it’s two parent companies on whether to proceed with a proposed $17 billion LNG plant on Curtis Island in Queensland’s North-East.