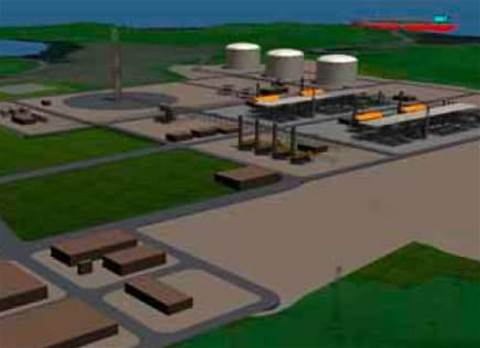 The energy firm invited four companies to tender (pdf) for preliminary design work on the tunnel, which is anticipated to run from the Queensland mainland to Curtis Island.

The main purpose of the tunnel is to pipe coal seam gas extracted from reserves in central and south-east Queensland to a processing facility on Curtis Island, where the gas is to be liquefied for export.

An Arrow spokesman said the fibre optic cable would act "as the primary telecommunications link between the LNG [liquefied natural gas] plant, the gas fields and Arrow's head office in Brisbane".

"In addition to this there will be a secondary (or back-up link) which we would expect to be provided by a telecommunications carrier such as Optus or Telstra," the spokesman said.

"The links will carry general corporate traffic such as email, document transfers, voice and video communications as well as process control data and pipeline control."

The spokesman said the data links are envisaged to be "a minimum of 100 Mbps and possibly much higher".

Fibre optics is uncommon in the oil and gas industry, which has traditionally used microwave or VSAT links.

Wireless and satellite links used to connect offshore oil and gas platforms to the mainland typically offer a fraction of the bandwidth capable of being delivered using fibre optics.

Arrow's spokesman said the firm had considered VSAT satellite technology but it was not favoured due to "high latency and expensive running costs given the amount of data we expect to transport".

If the tunnel progresses through planning - and is given financial go-ahead, expected in late 2013 - it will become "one of the longest offshore tunnels in Queensland", Arrow said in September.

The tunnel design being scoped will be "excavated through rock under the harbour below sea level" and take approximately three years to finish. 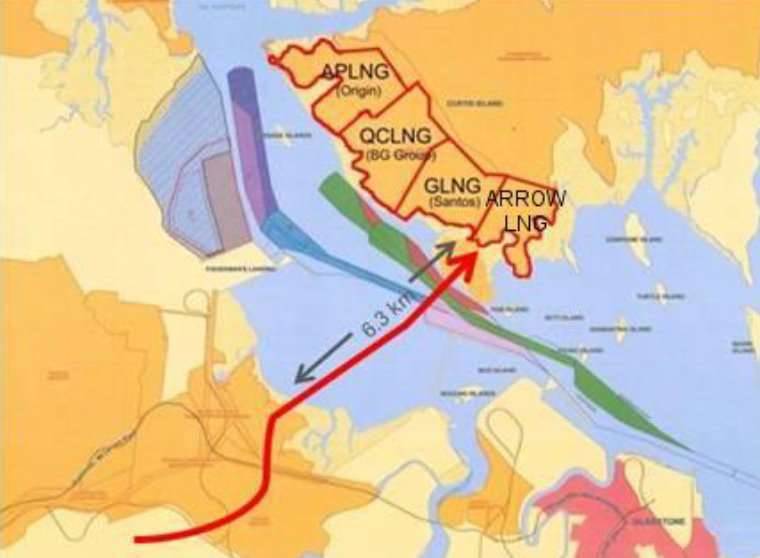