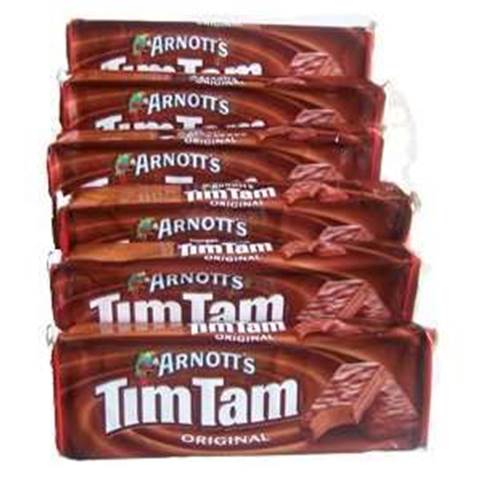 Wins awards for 'The Life of a Tim Tam' education program.

Food conglomerate Campbell Arnott's introduced several thousand staff to its newly completed SAP ERP system via a series of four-hour workshops that traced "The Life of a Tim Tam" biscuit from raw materials to finished products on supermarket shelves.

The company's SAP rollout kicked off in Australia in early 2009 - with its first users going live in February 2010 before completion in late September. It followed a global R/3 rollout which began in Canada and North America in 2006.

Campbell Arnott's chief information officer Paul Williams told attendees at an IBM roundtable today that any SAP rollout was likely to be "punishing and unforgiving" in terms of both integration and the discipline required to gain the best results from the system.

He said that the IT department "felt the need to explain" the system to the company's 2500 staff - even if only 800 directly interfaced with the system.

The IT department developed a program called 'The Life of a Tim Tam', a four-hour presentation that aimed to educate its SAP users about how demand signals came in to the system from retailers, how the raw materials for a biscuit were sourced and introduced into the production cycle, right up to delivery of a crate of biscuits to the supermarket.

The organisation even created games around this cycle to engage employees in the process.

"Everyone can now understand what the system is about," Williams said.

Staff have thus been more comfortable with suggesting improvements to the system.

After a couple of months of operation, Williams said, a team within the company's Huntingwood bakery in Western Sydney has recommended back to IT that it turn on a feature called "Dynamic Safety Stock" to optimise the amount of a given raw material or packaging item the company held at its manufacturing site.

"In the past, we may have held a large quantity of a common or long-lead time item 'just in case'," Williams said.

Should the company swich on dynamic safety stock, it creates the potential for the system to continually calculate demand for that material against forward orders and material lead times, resulting in lower raw material holding level.

"Not only do you see the benefit show up in reduced working capital, but you can actually see more physical space and less clutter in the plant," Williams said.

Such was the success of the education program, Campbell Arnott's change management team was awarded the global 2010 SAP Education Best Practices Award.

The new system has enabled Campbell Arnott's to drill down into the exact direct and indirect costs of making a Tim Tam biscuit or any other food product from a given plant, and its distribution from a given warehouse.

It also provides a picture as to the most cost-effective means of producing more units as orders from retailers come in.

Williams said there are now "far fewer guesstimates" involved in the supply chain.

"We know brand profitability down to the SKU level," he said. "We can know a lot more about where we put our bets."

Williams described how vital this information has become as the business environment becomes increasingly complex - especially for a company that "essentially makes biscuits and soup."

Customers such as Coles and Woolworths - which utilise their own automatic replenishment systems - demand its suppliers keep its shelves full "but its warehouses as empty as possible" to carry as little as possible on their books.

Systems are required to enable the food company to "respond to turn-on-a-dime promotional programs" as these customers battle it out in the marketplace, he said.

The next big project for Campbell Arnott's is to introduce automation technologies that enable 'statistical process control' on the manufacturing floor.

The project would aim to maximise yield from raw materials, particularly by cutting down on "scrap" (the waste left over after producing the food product) using input from vision systems, weighing systems and X-rays, and feeding the relevant data to production line workers.

"When you have a 120-metre oven feeding into a packaging machine, anything in the way can put materials on the floor, which would become scrap," he said. "If you can enable people up and down the [production] line to understand and respond in real-time to any issue, you can minimise this scrap."

Williams said he expected the project to take two to three years of investment to bed down.

Aside from this investment, Williams said his focus was to let IT "get back in its box and do what we do flawlessly."

Enterprise users should be able to "press a button and expect a predictable result", he said, freeing them from concerns about internal transactions and focused entirely on the complexity of the external market.

But Williams was also wary of providing too many data points to Campbell Arnott's staff.

"Technology can't make everything simpler," he said. "Technology can automate a process that has been made simple, because somebody already made it simple."

The business process already had to be simple enough, he suggested, that a given problem could be solved with a binary answer (yes or no).