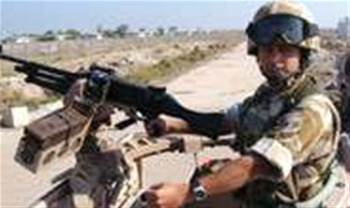 The Australian Army has commissioned more than 1,000 digital radios in the first phase of a multi-billion dollar effort to phase out its ageing, analogue communications system.

Up to $3.5 billion would be spent on the army's Battlespace Communications System project by 2016, in accordance with the 2009/2019 Defence Capability Plan.

The radios came with a three-year maintenance and support agreement, and would be either mounted on the Army's Bushmaster and M113 armoured vehicles or carried by soldiers in the field.

They joined a $112 million fleet of Harris ANPRC152 and 150 radios and a corresponding three-year, $9.5 million engineering contract with the vendor.

A Defence spokesman said the digital fleet would replace a voice-only fleet of analogue VHF/UHF and HF radios.

Two other IT projects were underway to support the Army's digital communications push, the spokesman said.

The Land 75 project was expected to establish a Battlefield Command and Support System that would support the relay of situational awareness and command and control information.

Meanwhile, the Land 17 Artillery Replacement project would enable fire support information to be quickly and securely transmitted around the battlespace.

"Right now, the Army is using an older, analogue system which is fast becoming obsolete," Clare said. "It's served our troops well, but it's time to move the Army forward into the digital age.

"These new radios will give frontline soldiers and the commanders directing them instant information on where they are, where they need to be and what is happening around them."

"It's the next step in our plan to deliver a fully digital communications system to the Army."

Defence proposed to upgrade several IT systems in its 2009/2019 plan, including networking, identity management, and document handling.

The plan was updated early last year after details of a payment bungle were made public.