Are users 'gaming' myTax to get bigger deductions? 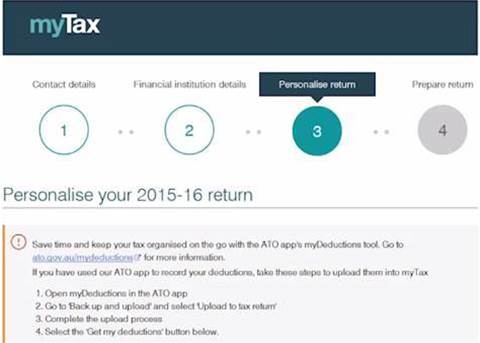 Australian accountants say they’re worried the tax office’s attempts to “nudge” taxpayers into being honest about their work deductions have backfired, claiming some myTax users are gaming the platform to keep off the auditor’s radar.

Every year the Australian Taxation Office progressively tweaks its online lodgement platform - myTax - with more pre-filling and functionality to make the processing of lodging a tax return as quick, easy, and accurate as possible.

One recent addition has been behavioural science, or ‘nudge’ principles, built into the myTax system.

The office is using its incoming feed of lodgement data to benchmark the normal value range of deductions for each employment industry in Australia, so it can gently warn myTax users in real-time that their work-related claims are outside the normal range and could attract extra attention.

But industry group Chartered Accountants Australia and New Zealand says its members suspect less-scrupulous taxpayers are using the ATO’s own compliance mechanism against it, to contribute to “worryingly high” levels of work-related deductions.

CA ANZ has warned the nudge features of the software “may not be driving down the level of excessive work-related deduction claims”.

“In fact, some taxpayers may be gaming the myTax software by progressively lowering the deduction claimed online until it reaches a level where the ATO warning no longer appears," it said.

However, myTax users remain in the minority of workers making work expense claims: CA ANZ's fellow accounting lobby groups say 74 percent of Australian taxpayers are still opting to visit a tax agent to lodge their return despite the government’s efforts to streamline self-service.

The accounting industry groups lodged submissions as part of the House of Representatives’ tax and revenue committee’s investigation into how the ATO engages with taxpayers.