Are body measurements the next frontier in biometric ID? 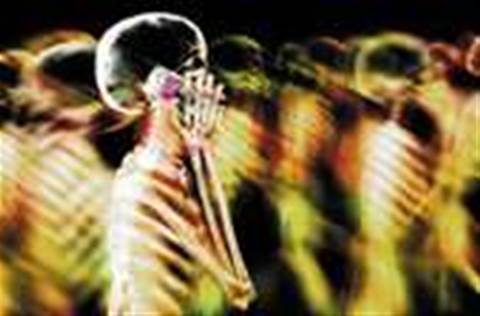 University of Adelaide anatomist and PhD candidate Teghan Lucas has uncovered a way to identify individuals without using facial, DNA or fingerprint recognition, claiming "body recognition" could be a new form of biometric identification in the future.

Using a 1988 database of 4000 US defence force personnel as a foundation, Lucas tested her body measurement method against more conventional forms of biometrics like facial recognition.

“We compared eight facial and eight body measurements to investigate whether or not there is enough information on the body to use for identification," she said.

"Results consistently show that compared with the face, less body measurements are needed before eliminating duplicates and achieving a single ID match."

She found that the combination of eight or more body measurements – for example upper limbs, lower limbs and torsos – reduced the probability of finding the same measurements to one in a quintillion.

“Taking eight facial measurements will only give you a probability of one in a trillion,” Lucas told iTnews.

The methodology has an obvious application in forensics, where CCTV footage often doesn’t reveal enough of a face for facial recognition tools to be used, and fingerprints and DNA can be hard to come by.

But Lucas said there was no reason other applications aren’t possible with the right technology.

She is hoping to team up with a software developer to recreate the functionality of the proprietary Defence Force software she has been using to mark points on a body and calculate the precise distances between them.

“That technology exists, we just don’t have access to it,” she said.

At the moment, even with the software, an anatomist needs to manually identify skeletal landmarks on an individual’s image before the body’s measurement index can be calculated – but Lucas said she saw no reason why this process could not be automated.