Archaic IT systems imprisoning Vic Police in the office 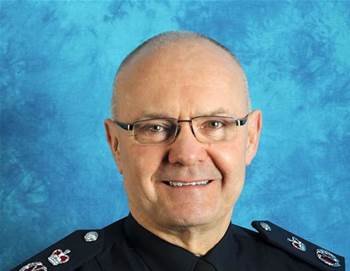 Consequences of '20th century IT'.

Victorian cops are spending close to half of every shift stuck in the station in part thanks to ageing and inefficient IT systems, a key report has revealed.

Handed down by chief commissioner Ken Lay this morning, the state police’s ten year vision - or ‘blue paper’ (PDF) - advised the entire police funding model would require a rethink and a 'very substantial increase' in IT investment if the agency wanted to haul itself out of its IT doldrums.

The paper proposed a radical overhaul of the force, which could see more officers with degrees, a greater role for outsourcing, on-demand resource deployment and the use of civilian volunteers.

By 2025, the chief commissioner said he wanted to see officers spending at least 80 percent of their day out in the community - as opposed to the current 54 percent - and outlined the high-tech vision for law enforcement he hopes will make it happen.

However, the blue paper acknowledged that Victoria Police would have to upgrade its “20th century technology” before this vision can be realised.

“Typically at the end of a shift a police officer is required to return to a station to enter data into systems, and complete and fax hardcopy documentation to a centralised area for retyping into the ageing LEAP database."

Previous attempts to replace the 20 year old green-screen Law Enforcement Assistance Program (LEAP) have failed, leaving the Victoria Police with a $50 million bill and nothing to show for it.

Despite just over $23 million in sustainment and business case funding in 2013, the 2014 Victorian Budget failed to come up with funds to pay for a much-needed replacement.

Victorian officers also struggle with the out-of-support Windows XP operating system (which the agency plans to replace by the end of the year) as well as insufficient storage for video and images collected - forcing many to hold and transmit evidence insecurely on their own personal devices.

The blue paper is frank about the financial dilemma facing the agency.

“Only about 5 per cent of Victoria Police’s budget is discretionary, and this includes most VPS staff. It is not possible to find the necessary funding for new investments in ICT within existing financial arrangements."

Lay recommended a thorough external review of the organisation’s finances in pursuit of a new, modern way of funding law enforcement in the state.

Such a model will be critical to achieving his vision for the future, in which police resources will be deployed according to ‘live’ data on the timing, location and nature of crime patterns.

“This kind of deployment model will require sophisticated computerised modelling of historic demand to predict future demand and enable real-time decision-making, as well as long-term workforce and resource planning – a capability that Victoria Police currently lacks.”

Lay wants to see in-car terminals replaced with mobile devices for every officer. The devices will tell police where they are needed most, map the location of offenders, provide video and image sharing, and allow officers to record evidence and incidents whilst in the field.

Outsourcing IT and other back-office functions was also raised in the paper as one way to potentially draw more value out of these areas.

“Alternative models for provision of back office and other support functions can generate time savings to allow police to increase their focus on core, frontline policing, without sacrificing the quality of those functions."

The Police Association of Victoria welcomed the focus on technology-enabled policing, but criticised the lack of detail contained in the paper.

"Notwithstanding the laudable aims to modernise the force with greater use of Information technology and to free up sworn members from administrative tasks, the blue paper reads like a management school brainstorm with lots of theory and jargon, such as ‘real time fusion centres’," PAV president Ron Iddles said in a statement.