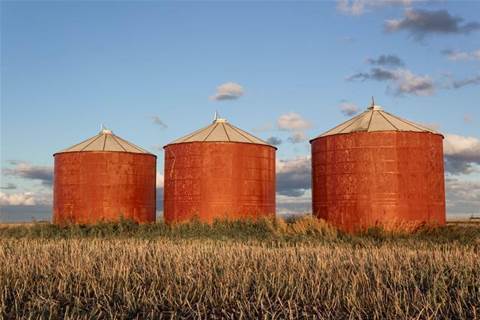 The Australian Public Service requires a substantial consolidation of core common IT systems across the federal sphere to untangle decades of siloed legacy that have led to the government increasingly being hobbled in its efforts to deliver outcomes expected by the community.

That’s the blunt 'take-away' on the swag of “priorities” [pdf] outlined today by the Independent Panel tasked with figuring out how to make the Australian Public Service fit-for-purpose over coming decades.

By no means a light read, the tome vividly highlights the public sector’s constant struggle to make technology work for it rather than the APS’ performance being fettered by ageing monolithic systems that take decades to reform.

The "priorities" are first cut of potential recommendations that are now out for feedback and provides a crucial window into how the Independent Review of the Australian Public Service will fall.

“Despite some promising new initiatives, the APS’ disparate enabling systems and processes are affecting its performance, efficiency and capacity to meet expectations,” the document laments.

If adopted, the recommendations from the largely uncelebrated draft blueprint for a future public service would usher in one of the greatest rationalisations of how the federal government mandates, buys and uses technology across all agencies.

Back to the core

The Review's tech heart is the unashamedly centralist formation a common core base of underpinning applications and networks that would dwarf previous efforts at shared services, common platforms and application consolidation across bread and butter functions like finance, HR and ERP.

The bulk of the panel’s ambitious tech reform program is contained in one of four tranches of recommended reforms headlined “Build a flexible APS operating model”.

In a critical chapter headed “Networked enabling systems and common processes across the service” the panel sets out what essentially amounts to an urgent and wholesale re-platforming of the APS’ still very limited digital capability.

Specifically the review says the APS needs “a stable spine of common digital platforms and policy frameworks that can operate across the APS for core enabling services, including human resources, finance, ICT and data sharing.”

Controversially, it also advocates for “a move towards common pay and conditions across the service”, a move that if carried through – and it’s a huge if – would demolish most of the current systemic complexities and integration nightmares that routinely haunt machinery of government changes and system upgrades.

The logic, more common in smaller and less federated jurisdictions, is that the APS is one machine with a single core and what resources companies now call a corporate ‘operating system’ that adds or enables capabilities as and when required to achieve outcomes – rather than having outcomes decided by incumbent platforms.

Tech powers would return to secretaries

At a senior management level, the APS Review advocates that secretaries and agency heads be tasked with growing the new digital spine in what amounts to a return to collective APS ownership of tech strategy directly through the powerful Secretaries Board.

The Review advocates the Secretaries Board should “oversee development of this spine, subject to any direction by government. In driving digital transformation across the APS the Board should provide clear guidance on which enabling functions should be common or shared and which should be bespoke.”

The push for the Secretaries Board to ultimately decide on new system builds, although optically bureaucratic, is a critical lever of power in deciding how systems are created and governed because it essentially removes autonomy from individual agency heads and CIOs and vests that power in a central committee.

In a notable departure to the early Turnbull and Shetler DTO doctrine of digital shock therapy for public servants the Review calls for a “staged implementation of the required changes, commensurate with available resources, and prioritisation of projects that drive a collaborative culture.”

Some of the more frank and illuminating appraisals of the current parlous state of federal public sector IT has come from within the service, not least because the Review is one of the few times the bureaucracy gets an open microphone to catalogue its problems and systemic defects.

The technology problem list is both extensive and urgent and detailed under the heading “What is shaping our thinking”.

Feedback from the trenches includes “that many APS assets are nearing end of life, concerns over potential business risks, and support for a coordinated service-wide approach to investment in this area.”

Then there’s the call that a “lack of standardised processes and systems (such as for HR, security, IT) are barriers to working across internal APS boundaries; and that an inability to move resources quickly to where they are most needed is affecting APS capacity to innovate and deliver outcomes for people and government.”

“Consolidating and harmonising mainstream IT platforms and associated processes can deliver significant cost savings and operational improvements,” says another plea for help.

Consistency is also called out by the Review that notes that “other jurisdictions [are] experimenting with shared portals for citizen services, and finding that inter-operability between services can be more efficient than moving to single platforms.”

Where to for DTA?

As for the future of the Digital Transformation Office, it does rate mention as the very last dot point in the APS tech deck under the heading “What we are still exploring”.

The Review succinctly says that it’s looking into “optimal arrangements to deliver a digitally enabled APS, including the important role of the Digital Transformation Agency.”

Important to whom is now the question.