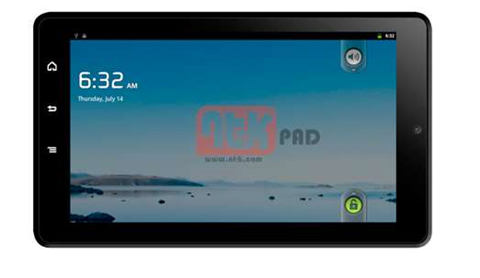 Apple’s aggressive attack on a small Spanish Android tablet brand, nt-k, has come unhinged after a local court in Valencia rejected Apple's attempt to have its copying claims heard under criminal law.

nt-k announced the victory on its company blog on Tuesday, outlining an ordeal which began in November 2010 when Valencia Customs, "on the orders of Apple", held a significant amount of the nt-k-branded Android Gingerbread tablets that it was importing from China.

The tablet seizure was quickly followed with a fax from Apple to nt-k indicating that it would “destroy our tablets without the possibility of being heard by the courts" and sue it for "plagiarising" Apple's iPad.

nt-k’s website promotes a seven inch screen NT-K Pad, which runs Android Gingerbread, similar in design to Samsung's Tab 7.7, currently blocked in Germany as a result of an Apple injunction.

The November seizure and allegation of copying though were just the beginning of a battle with Apple that would soon take a more serious turn.

Other small Spanish companies had capitulated to similar threats by Apple, according to nt-k, but because it "refused to renounce our rights", Apple in December 2010 sent a second fax announcing it had filed criminal charges against the company.

nt-k says its attempts, prior to Apple laying criminal charges, to demonstrate to Valencia Customs and Apple how the two products were different failed.

Making matters worse, as a consequence of choosing to fight Apple and face criminal charges, nt-k was placed on a European Union blacklist of importers of pirated material.

nt-k has now started civil action against Apple seeking damages for lost profits and “moral damage”, and has filed a claim with Spain's National Commission of Competition, alleging in its blog that Apple "uses its influence to dominate and further its position of power".

The company's losses include tablets seized, loss of earnings and potential earnings, and costs related to breaching contracts with customers, suppliers and investors.

Patent expert Florian Mueller labelled Apple’s decision to file criminal charges “outrageous”, given the claim was based on a dispute over design rights.

"Apple's charges were dismissed because the judge didn't conclude that there was "sufficient justification" for a criminal case," said Mueller.

“Considering that this was not a case of product piracy but just a dispute over whether or not Apple has exclusive design rights covering n-tk's Andoid-based products, I think it's absolutely outrageous that Apple tried to attack its rival under criminal law.”

Mueller noted that Apple had successfully used the same design rights to win an injunction on Samsung’s Galaxy Tab 10.1 and Galaxy Tab 7.7 in Germany, but the design component of its complaint in the Netherlands failed.