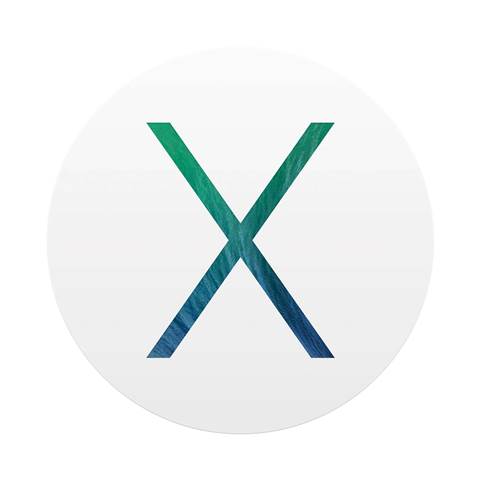 A long-awaited refresh to Apple's line of desktop workstations and new operating systems were among the news presented at the company's 2013 Worldwide Developers Conference (WWDC) in San Francisco this morning.

The new Mac Pro will feature a black design that's tubular with round edges. It will be equipped with Intel's latest Haswell architecture Xeon E5 processors, with up to twelve cores.

Dual AMD Firepro graphics cards, the new and faster Thunderbolt 2 ports with 20Gbps bandwidth and 4K monitor support will also be built into the next generation Apple workstation. 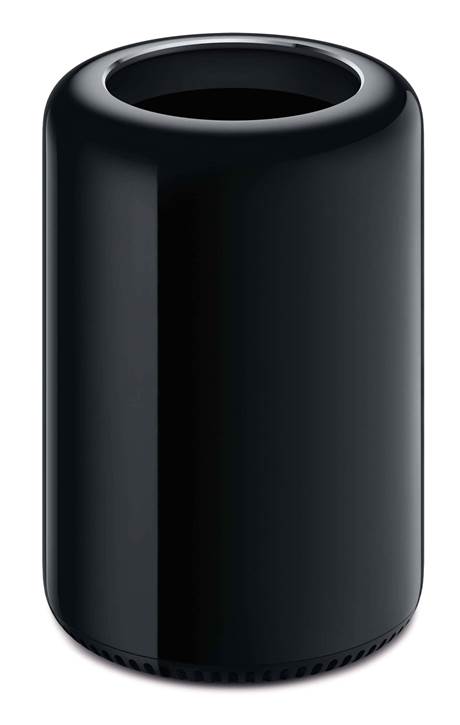 Apple is also using PCI Express connected flash storage in the new Mac Pros, promising ten times the speed of Serial ATA drives. Memory speed has been boosted to 1,866MHz for a total of 60Gbyte/s bandwidth. The company is aiming the Mac Pro at high definition video and graphics work, and will release a new version of Final Cut Pro with it in the northern autumn this year.

Australian pricing and availability for the Mac Pro, which will be made in the United States, has not been announced by Apple.

Intel's Haswell processors have also found their way into new MacBook Air laptops, allowing Apple to promise nine-hour battery life for the 11-inch screen model and twelve hours for the 13-inch one.

As expected, a new version of Apple's iOS7 mobile operating system was floated at WWDC 2013, featuring muted colours with shades and tones and the skeumorphic design for several apps such as the calendar and phone having been ditched in favour of a flatter and less cluttered layout.

All apps can now multi-task, Apple's voice-recognition software Siri will show search results from Twitter, Wikipedia and Bing, and can control more of the iDevice hardware, including Bluetooth and screen brightness. 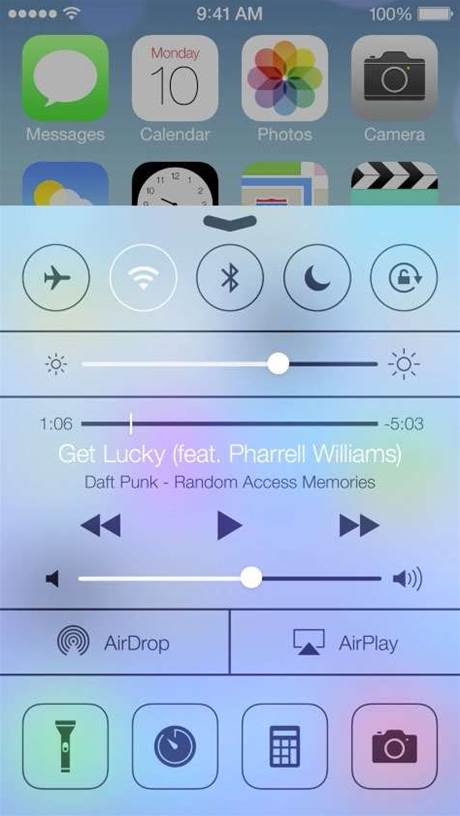 iOS7 control centre. Source: Apple
A Control Centre swipe-up menu that provides access to often-used settings in a similar fashion to Google's Android is also part of iOS7, along with AirDrop wireless device-to-device content sharing, a new version of the Safari web browser with full-screen viewing, and a flip-card tab overview page.

iOS7 will ship with the iTunes Radio audio streaming service with Siri, the company said. The service will either be free with advertising, or if you buy iTunes Match for US$24.95 a year, without ads.

Finally, the App Store will be able to update downloaded software automatically, a feature users have been asking for.

A developer beta of iOS7 is available today and the general release is set for the northern autumn.

From felines to mavericks

Apple also showed off the next version of its desk and laptop operating system, OS X 10.9 "Mavericks" which is said to have over 200 new features, including tabs for the Finder file manager and better support for multiple displays.

Like iOS7, the skeuomorphism that mimics real-life objects and materials has been removed from OS X 10.9 and there is also a new version of the Safari web browser on the cards, with under the hood tweaks to bump up Javascript performance to make it more competitive against Google's Chrome and Mozilla Firefox. 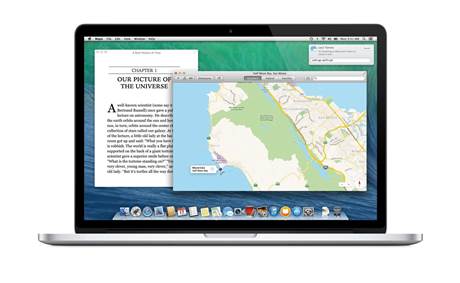 Other features in Mavericks include the iCloud Keychain to store website logins, credit card numbers, and Wi-Fi passwords in an encrypted format and pushed to all the user's devices.

Several improvements to energy efficiency have also been included, to help put the processor in low-power mode. Mavericks will also feature compression for inactive data stored in RAM, to improve system responsiveness.

A new Maps application with 3D views and interactive flyover is bundled with Mavericks, allowing itinerary sharing with iDevices and integration with Mail, Contacts and Calendar.

Developers get the new Xcode 5 framework with new tools to measure app performance and energy use, and to test their code.

Mavericks is currently in developer preview and expected to be released in a few months time via the App Store. Pricing has not yet been revealed.