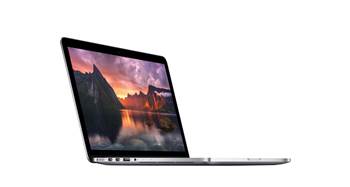 From today, the 13-inch MacBook Pro will come with 2.6 and 2.8 giga Hertz Intel Core i5 dual-core processors as standard, with all models having 8 gigabytes of RAM.

The laptops will now ship with 16GB RAM as standard, the most that can be fitted into the 15.4-inch models.

A new 2.8GHz Core i7 option with Turbo Boost of up to 4GHz is available for the 15.4-inch model, Apple said. 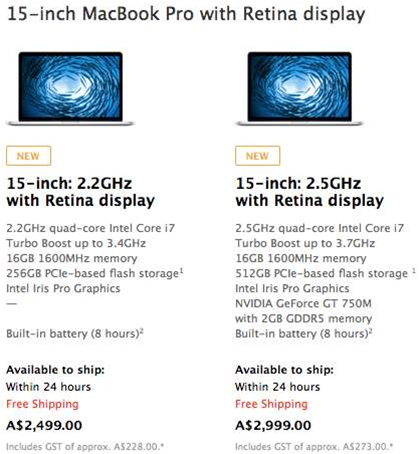 No changes have been made to the graphics capabilities of the Macbook Pro retina, or the standard storage options.

Whereas as Windows-based PC vendors continue to report declining sales figures globally, Apple reported recently [PDF] an 18 per cent increase in the number of Macs sold compared to a year ago.