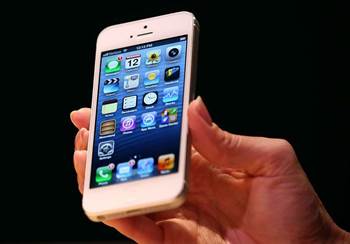 Some devices failing to charge.

Apple is offering to replace batteries in a number of iPhone 5 models after identifying that a "very small percentage" of the devices sold two years ago were faulty.

The company revealed over the weekend that a number of iPhone 5 smartphones sold between the phone's launch in September 2012 and January 2013 are failing to charge properly, and offered to replace the batteries of the affected devices for free.

Affected devices may "suddenly experience shorter battery life or need to be charged more frequently", Apple said in a statement.

It set up a website for customers to enter their phone's serial number to ascertain whether it is eligible for replacement.

Apple will not begin physically replacing the batteries in Australia until this Friday. The program will run until March next year.

The smartphone giant was forced to implement a similar replacement program late last year for battery life issues with a "limited number" of its iPhone 5S devices.

The latest model of Apple's iPhone is expected to land on September 10.