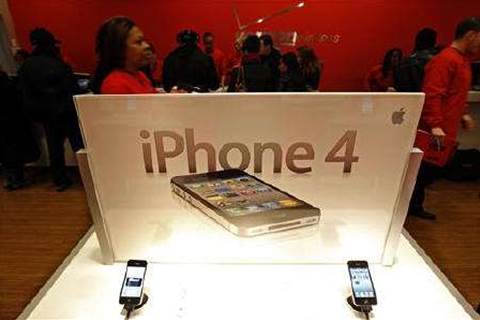 Suppliers to Apple have begun production of white iPhones after a delay of almost 10 months, pointing to a launch date of within a month, two people familiar with the situation said on Thursday.

Hon Hai Precision Industry Co Ltd, flagship of Taiwan's Foxconn Technology Group, would assemble the iPhone, one of the people said. They declined to be named because the information was not public.

An Apple spokeswoman was not immediately available for comment, while calls to a Hon Hai spokesman went unanswered.

Apple Senior Vice-President of Marketing Phil Schiller first said in a Twitter post in March that the white iPhone would be available for sale by Spring, which ends in May in the northern hemisphere.

The white iPhone would be available from US carriers AT&T and Verizon Communications by the end of April, Bloomberg News reported on its website, citing a person familiar with the matter.

Apple Chief Executive Steve Jobs first unveiled the white version of the smartphone when the iPhone 4 was launched in June last year, but it has been delayed because of a manufacturing issue that the company has not elaborated on.

Many telecommunications operators have been eager to sell the iPhone, hoping that the feature-jammed device will help boost data network use and increase revenue.

For example, China Mobile, the world's biggest mobile operator, has been in talks with Apple for more than a year on distribution rights for the handset.

More than 16 million iPhones were sold in the last quarter of 2010, accounting for more than a third of Apple's sales in those three months.