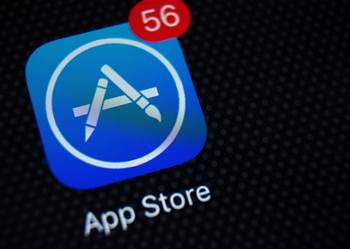 Apple has rejected claims by the competition watchdog that it operates one of Australia’s dominant app marketplaces, saying that it faces “significant competitive constraints” from other market players.

It has also criticised the Australian Competition and Consumer Commission’s (ACCC) probe, which it said makes an assumption that “there is a relevant market failure arising from Apple’s purported market power”.

“Apple does not believe that, properly examined, that assumption is correct in the wider online context… and is concerned that such an assumption means that the commission’s analysis may not be examining whether that assumption is well founded as a starting point,” it said.

In its submission [pdf] to the latest iteration of the digital platforms inquiry, Apple said it faces competition both within the iOS ecosystem and from external sources such as Google Play and, as such, does not have a “substantial degree of power”.

“Apple perceives and treats other distributors of apps, for platforms other than iOS, as significant competitors whose pricing and policies constrain Apple’s ability to exercise power over developers,” it said.

“Apple is not in a position to disregard the environment in which its app marketplace operates and does not accept the commission’s characterisation of the Apple App Store as ‘the most dominant app marketplace by a large margin’.”

Apple said that “even if a user only owns iOS-based devices, distribution is far from limited to the Apple App Store because developers have multiple alternative channels to reach” users such as through a traditional website.

It said a website could operate as both a distribution portal or as progressive web applications (PWAs), a type of application – built using common web technology like HTML5 – with the same look and feel as a standalone app that is delivered through the internet.

Apple also pointed to instances were “developers may provide iOS users access to digital media content within the iOS app that the user purchased from the developer outside the app, on a website” such as Spotify.

“In these cases, developers receive all of the revenue they generate from bringing the customers to their app. Apple receives no commission from supporting, hosting and distributing these apps,” it said.

Even outside of the iOS ecosystem, Apple said it “competes directly” with other app stores like Google Play, as well as web-based app stores such as Steam, as consumers generally own other non-Apple devices.

“For all practical purposes, this means the Apple App Store competes for distribution, as well as for commissions associated with customer acquisition, subscriptions, memberships, or in-app purchases, with the myriad platforms on which other devices as based,” Apple said.

“If Apple significantly changes its distribution pricing or terms, developers have – and importantly, actually use – many alternatives for getting their apps to users.

“The demonstrated real-world interchangeability of the available distribution alternatives strongly suggests that they all occupy a single relevant market.

“Therefore, there is strong evidence that the relevant market for app distribution is not iOS-specific.”

Apple said that “if the relevant market encompasses the distribution of both iOS and non-iOS apps, it is difficult to accept the commission’s characterisation of the Apple App Store as a ‘dominant app marketplace’ or as one of ‘the two major app marketplaces”.

“In Apple's view, there is no evidence which suggests that Apple has market power in that it has an ability to act persistently in a manner materially different from the behaviour that would be observed for a firm in a 'workably competitive' market."

In response to suggestions that the fees collected through in-app purchases stymy competition for app developers, Apple said that none of its App Store or in-app purchase policies “reflect market power or manifest exclusionary intent or any other factor or characteristic unique to Apple”.

"Those policies are not unique to Apple. Indeed, all of the App Store rules – including both its commission levels and its policies regarding use of Apple’s in-app purchase system and free-riding (anti-circumvention) – are commonplace in the industry across other digital platforms,” it said.

Apple also noted that the “requirement to use in-app purchases for sales of digital content through the App Store does not mean that developers are paying Apple to “use” in-app purchases”.

Rather, “developers pay for the use of the App Store when they sell digital content within iOS apps," it argued.

Apple typically takes a 30 percent cut of in-app purchase revenue, though earlier this year lowered its commission to 15 percent for software developers that make US$1 million or less each calendar year.