Apple Safari is not as secure as you think 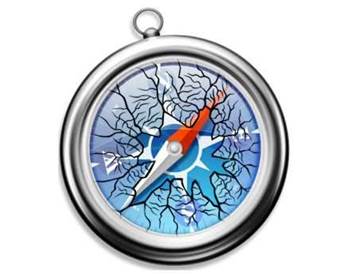 The IT security reputation of the Apple Mac as being impervious to malware/hacker attacks ratcheted down a few more notches this week after Kaspersky Lab revealed that a potentially serious loophole has been discovered in the Safari Web browser.

According to Vyacheslav Zakorzhevsky, head of vulnerability research with Kaspersky, an unencrypted file used to restore a previous browsing session in the Web browser client gives attackers direct access to the sites that the Internet user has visited.

This is particularly important when users are visiting a secure Web site - such as online banking logins or making an online payment -  an `https' Web page is not normally accessible using the `browser back' button, and for good reason, SCMagazineUK.com notes.

Zakorzhevsky, who has been with Kaspersky since 2007, says that Safari does not encrypt previous sessions and stores them in a standard plist file that is freely accessible.

"As a result, it's easy to find a user's login credentials," he said, adding that, because a complete Web session on a given site is saved in the plist file, it becomes accessible, despite the use of `https' technology.

Whilst the log file is located in a hidden folder, this folder is available for anyone to read, he explained.

Zakorzhevsky went on to say that Kaspersky has told Apple about the problem, noting that: "At the current time we can't confirm whether or not there is malicious code out there that targets this file, but we're ready to bet that it won't be long before it appears."

The loophole is made potentially worse, as a sizeable number of Apple Mac users remain under the impression that the OSX operating system is relatively immune to security problems, despite the fact that a growing number of vulnerabilities have been spotted in the last few years.

Because of this, if a hacker were to use this attack vector to insert malware into the Apple OSX-based host machine, there is a strong chance they will have no security to defend that platform against data exfiltration and complete system compromise.

Gabi Reish, head of product management at Check Point Software Technologies, told SCMagazineUK.com that it is not just cybercriminals that companies need to be concerned about, but also industrial espionage attacks.

“Many years ago the attacks were mainly mischievous, but now we have cybercriminality and industrial espionage to worry about," he said, adding that the so-called APT1 attack from China in February of this year was a classic example of this.

According to Mandiant's APT1 report of the time, the APT1 attacks were traced to the 2nd Bureau of the Chinese People's Liberation Army (PLA) General Staff Department's (GSD) 3rd Department – aka Unit 61398.

Kaspersky's revelations come just weeks after Google announced it was paying a US$ 17 million (£10.5 million) penalty to 37 US states and the District of Columbia to compensate for tapping the Doubleclick advertising network to surveil Safari user's Web browsing sessions back in 2011 and 2012.

In July of this year, a report from NSS Labs rated Apple's Safari browser as inferior to Google Chrome and Internet Explorer in terms of blocking malware.

The `Browser Security Comparative Analysis' report - authored by Randy Abrams and Jayendra Pathak of NSS Labs - said that, of all the browsers, Apple's Safari has the most obscure `Do Not Track' setting, as well as criticising Safari's approach to geo-location.