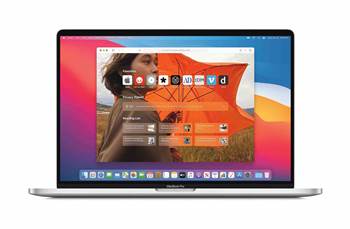 Will present info in a 'nutrition label' format.

Apple is taking inspiration from “food nutrition labels” in the way it presents information about privacy features of apps offered through its app stores.

The company this morning previewed new versions of macOS, iOS, iPadOS and watchOS at its annual developer conference, promising privacy, performance and aesthetic improvements across the board.

The new macOS is called ‘Big Sur’ and was described by Apple as the “biggest design upgrade since the introduction of Mac OS X”.

“Buttons and controls appear when needed, and recede when they’re not,” Apple said.

Apple said Big Sur would also come with “the biggest update to Safari since its original launch in 2003”.

The updates allow for greater personalisation and a better understanding of the browser’s privacy-related actions.

“Privacy has always been built into Safari, and a new privacy report delivers added visibility into how Safari protects browsing activity across the web,” the company said.

“Users can choose when and which websites a Safari extension can work with, and tools like data breach password monitoring never reveal your password information - not even to Apple.”

Outside of Safari, Apple said macOS Big Sur would offer users more transparency and control over their data.

“Inspired by the convenience and readability of food nutrition labels, new privacy information detailed in the Mac App Store will help users understand the privacy practices of apps before downloading them, including the types of data the apps might collect - such as usage, contact information, or location - and whether that data is shared with third parties for tracking,” Apple said.

iOS 14 and iPadOS 14 promised privacy improvements to apps and permissions, among other features.

“All apps will now be required to obtain user permission before tracking,” Apple said.

The nutrition-style labelling will also come to the App Store product pages, which “will feature summaries of developers’ self-reported privacy practices, displayed in a simple, easy-to-understand format.”

“In addition, users can upgrade existing accounts to Sign in with Apple, choose to share their approximate location with app developers rather than their precise location when granting an app location access, and get even more transparency into an app’s use of the microphone and camera,” the company said.

“It then initiates a 20-second countdown timer, and if the user finishes early, they will be prompted to keep washing.

“Apple Watch can also conveniently remind the user to wash their hands when they return home.

“The Health app on iPhone will show frequency and duration of the user’s handwashing, as well as information on the importance of handwashing, as it relates to overall health.”

Apple said that sounds used to detect handwashing “are not automatically recorded or saved by the Health app or Apple Watch” but that if a user chose “to improve the handwashing feature, processed audio may be saved and sent to Apple.”

Developer betas of new OSs are available to Apple Developer Program members at developer.apple.com starting today, and public betas are expected to be released sometime next month at beta.apple.com.

Big Sur is expected to be generally available in the US Fall (i.e. Australian Spring). The new iOS won't be pushed out until US Spring time (Australian Autumn).