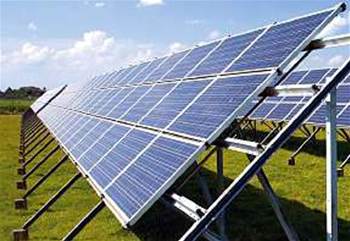 Apple Inc said it plans to build a new solar farm with NV Energy Inc for power supply to its new data centre in Reno, Nevada, a major step towards its goal of having its data centres run on renewable energy.

Apple and other technology companies such as Amazon.com Inc and Microsoft Corp, that build and run computer server farms have come under criticism for their high consumption of electricity and other resources.

These data centres cater to an explosion in internet traffic, streaming content through mobile devices and hosting of services to corporations.

The new solar farm will provide power to Sierra Pacific Power Co's electric grid that serves Apple's data centre and when completed will generate about 43.5 million kilowatt of clean energy a year, Apple said in a statement.

Apple already runs its largest data centre in the US on solar power. The centre in Maiden, North Carolina produces 167 million kilowatt hours, the power equivalent of 17,600 homes for one year, from a 100-acre solar farm and fuel cell installations provided by Silicon Valley startup Bloom Energy.