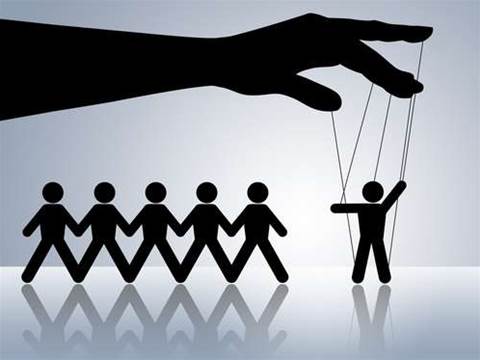 The patent included the ability to force devices into “sleep mode when entering a sensitive area".

It could also force devices into a “lockdown mode”, blocking camera and video functionality to prevent “surreptitious imaging”.

Apple sought to grant customers “willing to pay extra …the peace of mind associated with knowing that they are not being secretly photographed”.

Apple’s patent, first spotted by CNET US, could allow policies to be triggered “upon the occurrence of a certain event”, including “detecting that the wireless device is within range of one or more other devices” or “associating with a certain access point”.

This would be useful to terminate light and sounds in a movie theatre and to block wireless communications during exams, according to the patent.

It would be also useful for “covert police or government operations [that] may require complete ‘blackout’ conditions” and for airline operators to block phone access during flights and terrorist threats.