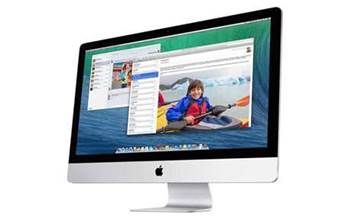 Apple today issued a late update for the current version of its OS X operating system Mavericks that patches a large number of security issues.

The 48 security fixes included in the 10.9.5 update patch everything from PHP scripiting language to Bluetooth, the operating system graphics drivers, and several low-level OS X components that are currently vulnerable.

Many of the vulnerabilities listed can be exploited to execute malicious code with system privileges, Apple said in its advisory. Such vulnerabilities are commonly used in zero-day exploits.

Apple's CoreGraphics framework is presently vulnerable to weaponised PDF files that can cause crashes or be used to run malicious code, the security advisory noted.

Several vulnerabilities in OpenSSL are also fixed, along with an update for the OS X kernel to prevent bypassing of the address space layout randomisation.

The Safari 7.0.6 web browser updates the WebKit engine to handle multiple memory corruption issues. These could be exploited if an attacker crafts a malicious website to either cause application crashes or the execution of arbitrary code.

After the OS X 10.9.5 patches are installed, Software Update offers the new Safari 7.1 web browser. This update offers several new features such as encrypted Yahoo searches. Safari 7.1 also adds the DuckDuckGo anonymous search engine result that does not track its users, along with AutoFill and Reader improvements with more websites.

Enterprise customers get a fix for a problem that prevented administrators in large network groups from performing some tasks, and also a tweak that allows for faster authentication when roaming in 802.1x networks secured with Extensible Authentication Protocol - Transport Layer Security (EAP-TLS).