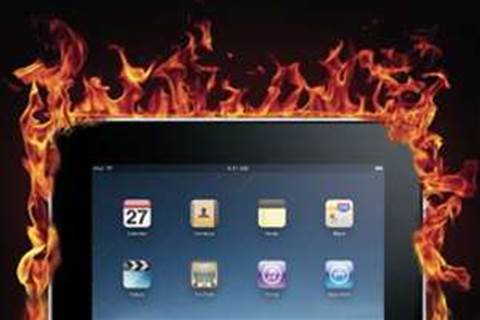 Apple has lost an appeal against a cultural levy on iPad sales in France and has been ordered [PDF] to immediately pay five million euro (A$6.7 million) to Copie France, the government agency in charge of delivering compensation to artists for consumers' private copying.

Despite being legally required to collect and hand over the "piracy tax", which is added to the price of devices and storage media, Apple has refused to do so for the past five years, Le Monde reports.

The present ruling applies to iPad sales for 2011, but the Californian company may end up having to pay more, as Copie France said Apple owed it some 13 million euro (A$17.5 million).

Apple disputed the amount of compensation it should pay, saying the current amount is much too high and has been fighting the impost in European courts.

France has actively sought to to use taxation as a way to compensate writers and producers of creative works for unauthorised copying by consumers.

The tax on storage media started in 2002 and last year, Copie France levied a total of 192 million euro (A$257 million) on blank compact discs and other media. Of this, 48 million euro (A$64 million) was redistributed to fund cultural activities, with the rest being shared by rights holders' societes that are members of Copie France.

However, the tax is thought to distort the market in the country as customers buy storage media overseas and online, paying just a quarter of the price charged in France.

Last month, a report commissioned by the French government floated the idea of a small, one per cent general tax on smartphones as part of a revamped copyright and intellectual property enforcement system.