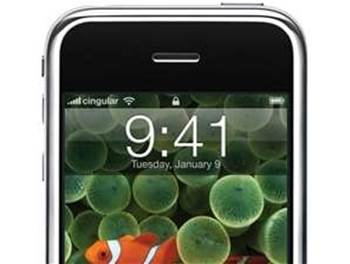 According to Stuart Carlaw, wireless research director at ABI Research, the iPhone is not actually cutting edge in terms of its technology.

“The iPhone will not revolutionise the smartphone market,” Carlaw said. "But it is a significant evolutionary step forward. As was pointed out once its specifications were made public, the iPhone is not cutting-edge telecommunications.

Where it is radical – in its user-interface and functionality – it will certainly change forever the way handset manufacturers think about their design philosophies," he added.

"And from the commercial point of view, it is significant in the way it assembles its offerings in a completely integrated, brand-heavy package.”

ABI's new report Smartphones and the OS Market, notes that certain technologies critical to smartphone interfaces are likely to receive greater attention as a result of the iPhone.

Chief among these will be touch-screens, which will become more sensitive, and accelerometers, which the iPhone uses to orient its displays and active/deactivate controls depending on how the handset is held.

Carlaw added that, “The iPhone’s effect on the market will be similar to that of Motorola’s RAZR. It will spawn a number of look-and-feel-alikes and will be seen as a benchmark for future design.

One thing for certain is that the product is not intended to be an enterprise device, so its impact will be most keenly felt in the high-tier feature phone market and in the emerging prosumer market segment."
Got a news tip for our journalists? Share it with us anonymously here.
Copyright ©v3.co.uk
Tags:
applecuttingedgeenoughiphonenottelco/isp