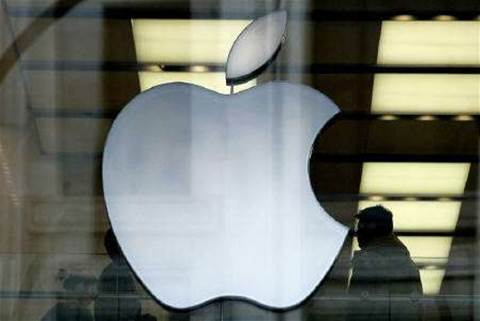 Apple is seen moving ahead on schedule for the anticipated launch of the next iPad tablet computer despite a Taiwanese brokerage report on a potential delay.

One person familiar with the matter said the speculation about a delay until June was "simply not true" as Apple is planning a launch in the seasonal schedule as the first iPad, which went on sale in April 2010.

Shares of Apple fell 2.7 percent after a brokerage firm said the next version of the iPad tablet computer will be delayed as maker Hon Hai faces production bottlenecks due to the device's new design.

The speculation over the timing of Apple's hot gadget comes as unverified reports of the faltering health of its iconic chief executive, Steve Jobs, cloud perceptions of the company's ability to maintain its global technology leadership position over the long term.

Tim Cook, chief operating officer of Apple, is expected to take the stage at the annual shareholders meeting on Wednesday in Jobs' place. Jobs, who underwent a liver transplant in 2009, took his third medical leave in seven years in mid-January.

Taiwanese brokerage Yuanta Securities had said in a note the next version of iPad would come out two months later in the seasonal schedule this year than the first version, which launched in April last year.

"Our checks suggest new issues are being encountered with the new production process and it is taking time to resolve them," Yuanta's head of downstream tech equities, Vincent Chen, wrote in the note on Tuesday.

According to the note, component makers had to change their production processes after Apple made design changes to the iPad2 before the Lunar New Year at the beginning of February.

Hon Hai and Apple declined to comment on the note.

The note said if the launch of the iPad 2 is delayed by two months, total iPad shipments would be 23 million units this year, down from the broker's original forecast of 30.6 million units.

Morgan Keegan analyst Tavis McCourt said investors were overreacting to Yuanta's note, adding that even if a late launch hurts second-quarter sales, he is not changing his expectation for full year sales of 27 million iPads.

"My guess is if it is delayed, it is because they're getting new features in there, so it could be worth a two-month delay," McCourt said.

Manufacturing sources have previously said the new model would have cameras on the front and back of the device and would be slimmer, lighter and have a better resolution display than the first iPad.