Apple hits back at CBA over Apple Pay concerns 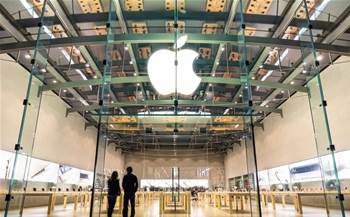 Apple has hit back at Commonwealth Bank CEO Matt Comyn for "misleading" comments about its share of the digital wallet market in Australia and suggestions of anti-competitive behaviour.

Comyn accused the tech giant of limiting competition by restricting access to its near-field communication (NFC) chips last month while appearing before a parliamentary inquiry into mobile payments and digital wallets.

The ‘closed’ NFC architecture model employed by Apple for security and privacy reasons means only Apple Pay can use NFC to make payments, and not third-party digital wallets like on Android.

Comyn said this was increasingly concerning as Apple now holds an 80 percent share of the digital wallet market in Australia.

He later clarified that Apple Pay made up 80 percent of digital wallet payments at point-of-sale (POS) terminals by its customers.

CBA has seen an explosion in the use of digital wallets since the pandemic, with data released in May showing a 90 percent increase in the number of transactions between March 2020 and March 2021.

“When we see tap-and-pay at a POS terminal, 80 percent is going through Apple Pay with multiple issuers, but a single Apple Pay digital wallet,” Comyn said.

“So Apple have a very significant market position.”

Comyn also criticised the fees Apple charges issuers on each transaction performed using a digital wallet, though said this was secondary to the issue of “access to the NFC” antenna.

Responding in a supplementary submission [pdf] titled 'The Facts About Apple Pay', Apple said the “comments made during recent public hearings included misleading and false statements”.

It took offence to the “misleading 80 percent figure initially shared by CBA”, which it said was “simply the percentage of Apple Pay transactions from CBA’s overall digital wallet payments at POS”.

Apple said that, in reality, Apple Pay has under a 10 percent share of all credit and debit card spend across Australia”, and put the high usage among CBA customers down to a preference for its model.

“This high usage of Apple Pay amongst CBA customers only demonstrates how strongly consumers prefer the convenience, security and privacy provided by Apple compared to the model being advocated by the CBA,” it said.

“This is unsurprising given that… Comyn stated publicly in October 2019 that launching Apple Pay was the number one customer request when he asked customers what he should prioritise when he was appointed into his role.

“The low usage of digital payments via Android reported by CBA further exemplifies the convoluted experience offered on this platform, and invalidates claims by banks that Android’s open access to NFC paves the way to greater innovation.”

Apple added that “central to some banks' advocacy for open access to NFC is the pursuit of an anti-competitive model" that could lock out competitors and prevent innovation around non-bank use cases, as well as an “opposition to fair and reasonable fees”.

The tech giant described its charge as a “small fee on a level playing field basis”, representing a “tiny fraction” of the $3 billion in payment-related costs incurred by Australian financial institutions every year.

“Commentary by CBA suggests the organisation would like the public to believe Apple is unreasonable in both protecting our intellectual property and that we charge unreasonable fees for participating in the Apple Pay program,” Apple said.

“Of the bank’s publicly stated investment in digital experiences and technology in 2020 - some $1.8 billion - its investment in bringing Apple Pay to its customers... accounted for a tiny fraction of those costs.”

Apple said any comparison to Android is also “baseless due to Android’s wider business model of monetising the data obtained from monitoring their customers’ transactions and behaviour”.

It also said that the use of Apple Pay could lead to savings for banks due to a reduction on fraud-related costs, as well as savings from issuing and managing fewer plastic cards.