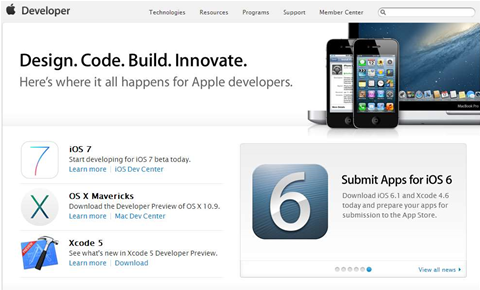 The personal information of registered Apple developers has been compromised after an attacker attempted to steal sensitive data late last week.

The developer.apple.com website was taken offline by Apple last Thursday following the attack. The site itself came back online today with all of its services still offline.

In an email to its developers, Apple said sensitive personal information was encrypted and could not be accessed, but it couldn’t rule out “the possibility that some developers’ names, mailing addresses and/or email addresses may have been accessed”.

“In order to prevent a security threat like this from happening again, we’re completely overhauling our developer systems, updating our server software, and rebuilding our entire database,” the company told developers.

“We apologise for the significant inconvenience our downtime has caused you.”

Apple said the attack would not affect any published software, and it would extend developer memberships to take into account the website outage.

The company was also hit by hackers in February, when they infected the Mac computers of several Apple employees who visited a website for software developers.

The site had been infected with malware designed specifically for Macs, which exploited a flaw in a version of Oracle’s Java software. The malware was also used in an attack against Facebook.