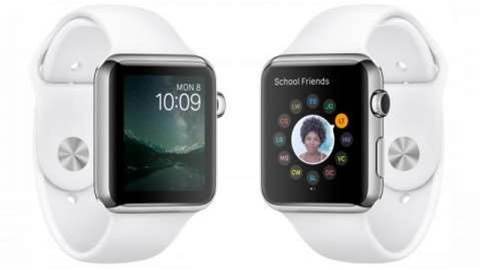 Apple will no longer release its new Apple Watch operating system watchOS 2 this week as planned after it discovered a bug in development.

A company spokeswoman said the bug was taking longer to fix than expected.

"We will not release watchOS 2 today but will shortly," the spokeswoman said. The OS had been scheduled for public launch today.

The spokesperson did not detail the nature of the bug.

The updated operating system is designed to help users customise their watch and allow apps to load faster.

Apple limited the availability of the Apple Watch earlier this year after a component supplied by a Chinese company was found to be defective.

Last year, a bug in Apple's HealthKit health and fitness application platform prevented its release along with the iOS 8 operating system for iPhones and iPads.

Apple opened up some of its Watch hardware and APIs to allow app developers to create native third-party apps such as video playback, measuring heart rate, or using the speaker and microphone in iTranslate, the company said.
It also beefed up the Watch's communications capabilities by allowing users to respond to emails via dictation, preset replies and emojis, and the 'Time Travel' feature lets users scroll through past and futue events.
WatchOS 2 also includes the new Activation Lock, which requires an iCloud Apple ID and password to activate the Watch to protect the device should it be stolen.
With Reuters
Got a news tip for our journalists? Share it with us anonymously here.