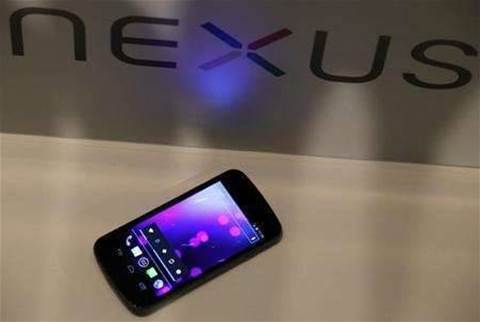 A US appeals court has rejected Apple's request to revive its bid for a sales ban on Samsung's Galaxy Nexus smartphone, dashing the iPhone maker's attempt to recover crucial leverage in the global patent wars.

Apple had asked the full Federal Circuit Court of Appeals in Washington, DC, to revisit a decision in October by a three-judge panel of the same court.

The panel rejected Apple's request to impose a sales ban on Samsung's Nexus smartphone ahead of a trial set for March 2014.

An Apple spokeswoman declined to comment. A Samsung representative could not immediately be reached.

The fight in appeals court comes after Apple won a US$1.05 billion verdict last year against Samsung in a US District Court in California.

The same trial judge will preside over the legal battle surrounding the Nexus phone, which involves a patent not included in the earlier trial.

The fight has been widely viewed as a proxy war between Apple and Google. Samsung's hot-selling Galaxy smartphones and tablets run on Google's Android operating system, which Apple's late co-founder, Steve Jobs, once denounced as a "stolen product."

In its October ruling against Apple, the appeals court raised the bar for potentially market-crippling injunctions on product sales based on narrow patents for phone features. The legal precedent puts Samsung in a much stronger position by allowing its products to remain on store shelves while it fights a global patent battle against Apple over smartphone technology.

US District Judge Lucy Koh, in San Jose, California, who has presided over much of the Apple/Samsung litigation in the United States, cited the appeals' court decision in a December order rejecting Apple's request for permanent sales bans on several Samsung phones. Apple has appealed Koh's ruling.

Apple wanted the full Federal Circuit of Appeals, made up of nine active judges, to reverse the earlier ruling. But in a brief order on Thursday, the court rejected Apple's request without detailed explanation or any published dissents.

Several experts had believed that Apple faced long odds, as the legal issues in play were not considered controversial enough to spur full court review.

Apple could still appeal to the US Supreme Court. However, the high court has made it more difficult for patent plaintiffs to secure sales injunctions in recent years.

The case in the Federal Circuit is Apple Inc. vs Samsung Electronics Co Ltd et al, 12-1507.