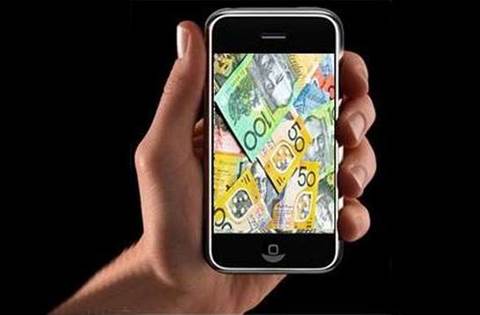 EasyPay was introduced in Australia on Friday, allowing iPhone 4 and 4s users to pay for Apple accessories and other small-ticket items through their iTunes accounts, without staff assistance.

The service was first launched in the US late last year, and has since been rolled out to Apple's self-branded retail stores in a handful of other regions, including the UK.

Rod Farmer of user experience consultancy Mobile Experience said EasyPay technology was “not particularly novel”, but would “provide a lot of momentum” in the Australian mobile payment industry.

"One of the things that has been limiting the growth of mobile payments in Australia is ease of use," Farmer told iTnews.

"The research from Google, Nielson, and the rest are all pointing to consumers really reaching for their mobile devices as a preferred channel in the retail space.

“There's a need and a motivation, but the ecosystems and ease-of-use simply haven't been there.

"Retailers are now able to say, ‘[mobile payments] can be done. We've got the technology, we've seen Apple do it well and easily — we can now follow and mimic the technology’.”

Farmer, who has consulted with some of Australia’s largest banks on their mobile applications, said the key to EasyPay’s success was its inherent simplicity.

While Australian banks have previously pointed to technology companies like Apple, Google and Facebook as potential competitors, neither Farmer nor Eftpos managing director Bruce Mansfield expected EasyPay to be a game changer for the financial services sector.

“Eftpos continues to monitor payments innovation as we develop new products to meet the needs of Australia into the future.

“It’s important that we make the right decisions to ensure that eftpos remains accessible, secure and affordable for all Australians."

Retail ‘me too’ effect

Farmer warned that retailers may be forced to roll out mobile payment offerings due to growing customer demand.

“Very quickly, that will create a bit of a 'me too' effect and that's where EasyPay will have a massive positive impact on the mobile payment space.

"It's going to create a lighthouse that other people [will want] to follow. It will show retailers the clear benefits of having an integrated multichannel experience within their retail outlets."

Farmer noted should Apple introduce a full mobile wallet solution, like Google Wallet in the US, the move could have a much greater impact on the Australian banking industry.

“When Apple brings out a wallet solution it is going to have a huge impact – much, much more than EasyPay,” he said.

"One of the challenges faced by mobile wallet solutions is delivering a quality, closed ecosystem that you can easily manage … iOS has shown it can deliver that.

“In the retail space, Apple is the largest holder of credit cards in the world in terms of active credit card numbers with purchasing accounts next to them.

“If you integrate vertically, it means you've got your credit card numbers linked to one set of applications and one set of behaviors that you know you can support throughout the market.”