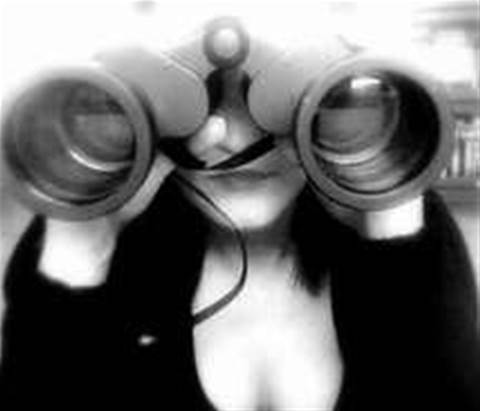 Take a photo of a stranger, hook up on dating sites.

Developers are working to release an app that can match photos of the average person on the street with a name, and other images and profiles from social networking or dating sites.

The app, called “NameTag,” is being created by FacialNetwork.com, where developers are tinkering with technology that would allow the app to scan profile photos from a number of dating sites, including Match.com, OkCupid.com and PlentyOfFish.com, a December release from the makers says.

On Wednesday, security researcher and blogger Graham Cluley, first wrote about the app, which will be compatible with iPhones, Android smartphones and Google Glass.

According to the release for the app, NameTag will look for public photos on social networking sites, like Facebook and LinkedIn, to pull together a NameTag profile from faces users have searched.

A how-to illustration on the app site, nametag.ws, shows that users have various ways to search a person's photo – whether they be an unsuspecting passerby on the street or just someone of interest to the average person with internet access.

To start the search, a NameTag user has the option of scanning the image from Google Glass or their smartphone, or of pasting the URL of an image into the app. A user can also simply type the name of an individual to see what comes up.

While app users would be able to login to their NameTag accounts to adjust their privacy settings (for instance, whether they want their name and other information displayed via the app), those without knowledge of the app don't appear to be able to opt out.

On Thursday, SC Magazine reached out to Kevin Tussy, a developer for NameTag, but did not immediately hear back. A spokeswoman, however, did confirm that the app is in beta right now, with an official release date aimed at Q1 of this year.

On Thursday, Scott Vernick, a partner at law firm Fox Rothschild who focuses on technology and privacy and data security issues, told SC that his initial thoughts on the yet-to-be-released app give way to two major legal concerns.

First, how the images could potentially be used for material gain without an individual's consent, and, second, if pictures could cast a complete stranger in poor light.

“It could also be open to liable or defamation," Vernick said, later explaining that the app "could pick up all types of compromising pictures that you might not want someone to see."

“If somehow this [app] gathers all this stuff, which is ultimately not flattering or shows someone in a poor light, that seems to be an issue here," Vernick said.

Got a news tip for our journalists? Share it with us anonymously here.
Copyright © SC Magazine, US edition
Tags:
facial recognition nametag privacy security