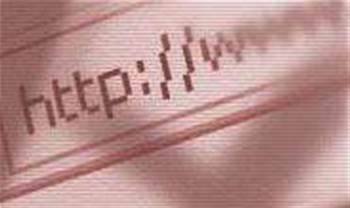 Asia Pacific internet registry APNIC will require members to justify their eligibility for transfers of remaining IPv4 addresses, in a bid to encourage direct trading between address holders.

The latest policy change comes as the registry attempts to slow depletion of its final /8 block, or approximately 16.5 million IPv4 addresses, allocated by global body IANA.

According to APNIC chief scientist Geoff Huston, the regional registry has 20 million addresses left, four million of which are held in trust for IANA that would ultimately be returned to the global body.

The registry this week introduced changes to its IPv4 address transfer policies aimed at removing IP address intermediators and facilitators in favour of direct trading between buyers and sellers.

In order to qualify for a transfer, recipients will have to show a detailed plan for the intended use of new addresses, as well as past usage rate of existing resources.

They will also have to provide evidence of compliance with APNIC policies for past address delegations, as part of the conditions for transfer approval.

Pre-approval could be granted by APNIC before a source for the addresses is found and remains viable for 12 months, with no further justification required.

Regional registry for the Americas, ARIN, had also attempted to prevent problems in IPv4 trading by establishing a trial registry tracking the historical use of IP addresses.

Huston said the current rate of allocation at APNIC would deplete the remaining address pool in fifteen years. However, the quantities of addresses that can be allocated are so small that they are of little value to all but the smallest members.

APNIC was the first regional registry to hit IPv4 rationing stage in April, prompting the registry to restrict allocations to 256 or 1024 additional addresses per eligible member.

“Where it counts, the number of end clients who have a working dual-stack [both IPv4 and IPv6 connectivity] is still much the same, 0.4 per cent,” Huston says.

“That number has not shifted for over twelve months.”