ANZ's CIO says his cloud focus is on flex, not price amid sectoral uncertainty 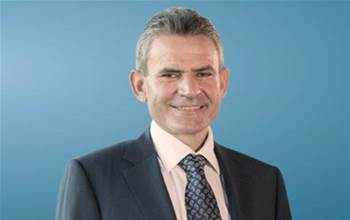 The head of technology at retail bank ANZ, Gerard Florian, says his institution is putting a premium on organisational flexibility delivered by cloud over straight-out savings, amid an evolving and potentially uncertain regulatory environment.

“We know that by embracing cloud we will increase our ability to adapt and the speed at which we can move,” Florian said.

“For us the primary reason we are looking at cloud, and this flows through to the data discussion as well, is around agility.”

Calling out “some of the PaaS [platform-as-a-service] services now being embedded into some of the offerings from some of the major cloud providers” – which Florian declined to name-drop – the ANZ CIO cited better nimbleness and speed around complex multiple environments and multiple test cases as benefits.

Florian’s comments, made to ANZ’s corporate podcast, reveals that bank technology strategists are not-so-quietly gearing up for a fresh capability battle around a vast tranche of product and service changes that will sweep through the financial sector from this year.

The delivery of the final report of the Royal Commission into banking misconduct yesterday specifically targeted junk products, fees for undelivered services, unscrupulous lending and general gouging, most of which are expected to be quickly outlawed irrespective of who wins the next federal election.

While the changes have been publicly welcomed, the business reality is that banks will now have to make other lower margin products and services perform much better or launch new or heavily redesigned ones altogether.

While Florian’s comments were made in advance of the Royal Commission report, the ANZ CIO was not shy in calling out open banking as an example of why increased flexibility and speed around capability and product delivery has become the main game.

“We expect cloud will have a critical role underpinning new standards such as open banking and blockchain,” Florian said.

“The value of being able to dial up (and down) and integrate environments for test, preproduction and productions in almost no time and in response to customer demand (and other variables) cannot be overstated.”

Pointing to the UK’s mixed experience of open banking, Florian cautioned that institutions - including his own - needed to be prepared for the challenge that things may not go as expected.

“As others overseas have learnt, sometimes you get an outcome other than the one sought. So the key is to be curious, to continue to learn, work together and involve all groups in the decisions that affect them.”

And while ANZ has been an enthusiastic evangelist of blockchain, ANZ’s CIO said there needed to be a hard-nosed business case behind distributed ledger technology for it to deliver value.

Its best chance was in areas like bank guarantees where there were many participants but no central coordinating authority, Florian observed.

“In the world of banking, some people say ‘is blockchain the end of SWIFT?’”

“The reality is SWIFT is doing a job today. There is a central figure. The likelihood that blockchain is going to replace that overnight is unlikely I think. We’ll see,” Florian said.