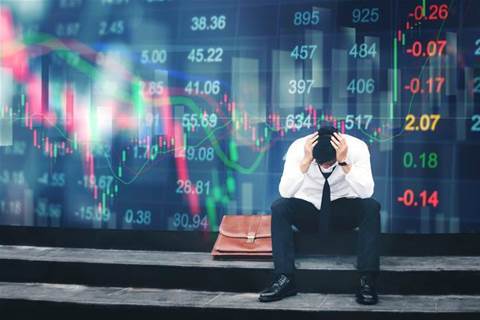 If customers of ANZ's retail equities trading platform "Share Investing" weren’t already considering changing providers following three weeks of login dramas, fresh problems with the platform will have them champing at the bit.

iTnews first learned that even though client records were “successfully” shifted to a new platform run by CMC Markets, login issues on ANZ’s end caused weeks of grief for customers.

Now, fresh reports have emerged of problems with the service, and ANZ's supplier CMC appears to be the source.

Customers have told iTnews that transactions on the new platform often don’t process transactions at all, and if they do it takes so long that the market price has fluctuated - meaning the terms of the transaction may no longer be met and an order is cancelled.

In other instances, customers whose transactions had been processed had the same order confirmed seven times.

There are also reports the platform is plagued with inaccuracies.

This includes market data, which one customer told iTnews he had compared to data from other trading platforms - all of whom corroborated each other’s data but not that on CMC’s service.

Customers’ own data, including transaction histories, were also incorrect or missing.

There have been multiple reports in online forums and to iTnews that customers’ accounts have briefly veered into the negative, despite evidence pointing to an account that should be in the black.

Transcripts of conversations with ANZ's Share Investing helpline obtained by iTnews show that unlike the original login problems, this issue seems to fall on CMC Markets' shoulders.

Hi Haplo, We have not been supplied a timeframe as to if or when the old platform will be reinstated. We appreciate your feedback and have referred it to the relevant team and apologise for any inconvenience. ^HN

That's not to say ANZ is entirely in the clear, with some customers still experiencing login troubles.

However, it now appears there are problems logging out of the service as well.

Hi, our IT team is working to iron out any issues with the website, if you need further assistance with the website you can call our Share investing team on 1300 658 355, 8am - 8pm AEST Mon – Fri or email them on service@anzshareinvesting.com ^PD