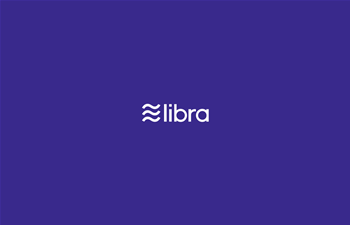 Warns of risks for miners and worries about backing.

ANZ Bank has offered its opinion on Facebook’s proposed Libra cryptocurrency, and while the bank hasn’t kicked holes in the idea it has identified some worrying weaknesses.

The Bank’s director for institutional portfolio management James Culham hit the Bluenotes blog and assessed Facebook’s assertion that Libra will be more stable than other cryptocurrencies because it will be backed by real-world assets.

His take is that Libra won’t be able to deliver on that promise unless it works with the current financial system.

“Those celebrating the end of the traditional banking system or government financial hegemony, hold on - the reserve of assets will include bank deposits and short-term government securities in currencies from stable and reputable central banks,” Culham wrote.

But he added his opinion that Libra’s design doesn’t make it immune from being buffeted by markets.

“Bank runs occur because of a mismatch of asset liquidity and the convertibility obligation associated with bank-issued money, not because there is no backing,” Culham wrote.

“Libra will be no different in this respect, since some of its backing will be government (and other good quality) bonds.

"Central banks, with their ability to be lender of last resort, exist to assist banks in converting non-money assets in the face of a bank run. Libra has no such support.”

Culham continued: “The Libra reserve will consist of short-dated assets, however, and this will help with liquidity management.

"These self-liquidating assets are likely to be government bills and repurchase agreements.

"This makes a lot of sense and means Libra also shares characteristics (and will compete for assets) with money market funds.”

While the director cites precedents for this sort of liquidity management, he thinks a better idea would be for “the asset reserve to consist of credit assets denominated in Libra".

"When these are repaid (and this will itself drive the demand for Libra) the stock of Libra will have a natural reduction mechanism.”

Culham also warned that Libra will be created and expired only by "'authorised resellers' who have the authority to manage the conversion of Libra to and from the currencies in its underlying basket." And those resellers, he warned, will wear plenty of risk.

"They are the ones who will have to handle any imbalances in local currency flows and the basket – all at a modest cost to Libra users," he wrote.

The blog post doesn’t make any firm conclusion about Libra’s prospects. Nor does it damn the effort.

But Culham returned to his opinion that banks will likely have a role if the cryptocurrency gets off the ground, because backers for instruments that resemble Libra “are usually large banks or brokers.”

But he finishes by noting that “very few” banks “have expressed an interest in performing the equivalent role for Libra.”