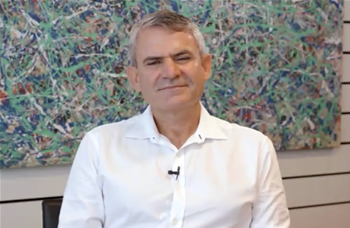 ANZ is setting more ambitious time frames in which to deliver technology projects and leaning more heavily on partners to assist, two changes to its strategic approach that it is now confident to make after Covid.

The bank’s group executive for technology Gerard Florian said the pandemic showed ANZ it could move faster, and that this was also necessary to meet customers’ needs, which had also substantially shifted over the past year as well.

“The needs of a customer five or 10 years ago versus what people expect today is completely different, and Covid has just gone and accelerated that even further,” Florian told the Salesforce Live A/NZ virtual conference.

“Customers’ needs are changing at such a rate that we don’t have the luxury of spending three years building a massive project and then unveiling it because the world will have shifted goodness knows how much.”

The acceleration of digital transformation as a result of Covid is a common theme in technology conferences, case studies and other marketing collateral.

But it is one forged from a position of organisations “surprising themselves as to how well” they managed to operate over the past year, Florian noted.

“I remember very clearly March 13 last year, the mission was to get 95 percent of our people working from home and do it really quickly,” he said.

“If we’d sat back a year or so before that and said, ‘Hey, we’ve got this project, we’re going to try to get everyone working from home, let’s think about the tech, the legal components, all of that’, it would have been such a monumental project that it would never have been undertaken.

“But we managed to do it in a very short period of time ... as did many other organisations, and I think many have surprised themselves as to how well we have operated through this time.”

For ANZ, it meant being able to move faster than it previously considered possible, and also reinforced the need to experiment internally, “to learn quickly and try things”.

This is now reflected in ANZ’s technology strategy, Florian said.

“When you’re sitting there doing your strategic planning, instead of looking at three- or four-year horizons, you can set much more ambitious targets,” he said.

“I believe we’ll be able to get to where we want to get to faster.

“We also realise we can’t do it on our own, so through the last 12 months we’ve also gotten better at partnering ... but removing some of the bureaucracy when we do it.

“So put all that together I think as an organisation we are able to move faster, we have a greater level of confidence in what we’re trying to do, and of course that gives you momentum.”

Florian added that partnerships were already important to the bank in the context of an earlier architectural shift away from monolithic to modular technology stacks.

This is evident in the bank’s approach to the assembly of its next-generation banking platform under the ANXz program of work, with Salesforce previously named as one of the contributors.

“On the tech side, a key belief that we have is that the approach that you need to take to architecture going forward is it’s got to be modular,” Florian said.

“The idea of a monolithic stack from a single supplier simply won’t work going forward.

“That means that we are looking for major partners who provide a significant component - it may be around your CRM, core ledger, mobile banking component or key workflow areas - but what I expect to see increasingly and certainly the approach we’re taking within ANZ around our architecture is a modular environment with five or six significant components.

“Clearly there will be some other elements that may come from a niche partner or there may be areas that we choose to build ourselves because we think it’s going to be a point of difference.

“But that all means that there’s a technology ecosystem there of large established partners like Google or Salesforce or Microsoft, as well as the smaller niche players, as well as the ANZ tech.”