ANZ puts Google cloud to work on its institutional data 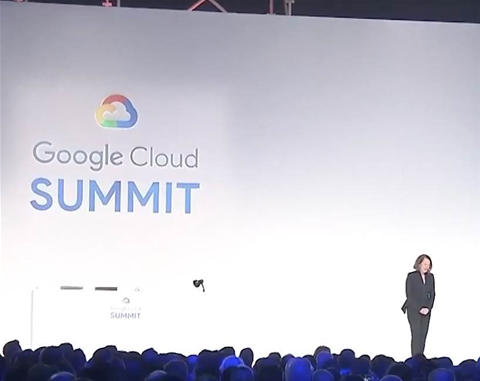 ANZ is putting machine learning to work on 300 data containers stored by its institutional banking division under a partnership with Google Australia unveiled today.

Speaking at Google's Cloud Summit Sydney, ANZ chief data officer Emma Gray said that the bank had run a proof-of-concept on one out of those 300 data containers.

In a statement, ANZ said the proof-of-concept was used "to analyse aggregated, de-identified data sets for customer insights, a task previously done manually."

"In terms of the things that we're doing with the cloud at the moment, we're talking about driving customer insights - so for example, we can take aggregated de-identified customer datasets from our payments transactions and we could use them with an airline client, for example, to help understand customer patterns and actions before and after boarding a flight, which is helpful in their partnership strategies for example," Gray told the summit.

Gray said that ANZ had also found other internal uses for data analytics in the cloud.

"We can also work with companies on helping them optimise cashflow on some of the working capital/liquidity concerns through analysis of data that is much more pertinent to how they run their business than how they think about getting a loan from a bank.

"The other way we're using cloud is as a productivity tool, so for our bankers this is really how we reimagine work. I'll give you an example - analysing credit card data in the past, think eight massive computers, five days, everything running in parallel, and that's a process that now takes us 20 seconds."

The decision to run analytics in Google's cloud was made by ANZ's developers and data scientists.

"They chose Google because they were very keen to get on the tools and the machine learning," Gray said.

Gray said the choice had also paid off for ANZ in getting the initial proof-of-concept into production.

"I think for us the biggest thing was how did we get beyond PoC?" she said.

"In bank terms, PoC is the big thing and actually getting from there to production is a pretty big deal, so moving beyond PoC was actually for me much more [important].

"We're feeling a lean-in attitude from Google - rolling your sleeves up, so having your people come and work with us for me has been the most positive thing.

"I look forward to lots more of that as we go to the other 299 data containers."

The project has some significant regulatory challenges given that it cuts across markets.

Its main markets for operation are Australia, NZ, US, UK and Singapore, and in total it answers to 34 regulators.

However, in saying that, Gray indicated that internal change would also be key to the project's long-term success.

"For us, getting data to the cloud is in one sense the easy part," she said.

"What's really tricky is all of our internal processes to get a new use case onto the cloud, and [turning that into] something that takes days, not months. Those are the kinds of things in bank-land that are challenging.

"We're very much focused on how do we reinvigorate and speed up some of our internal processes so we can go faster.

"The sky is the limit on what we can do. it's more a question of how fast we can move."